The FreeStyle Libre continuous glucose monitor can benefit people with diabetes whether using insulin or not.

The workday is moving briskly along, and Eden Miller has just enough time for a quick call.

“I do have another meeting in about 10 minutes,” the doctor of osteopathic medicine said.

She won’t need even that long to make clear why the latest batch of real-world data on the FreeStyle Libre portfolio — including one in which Miller was a lead investigator — are so significant for people with type 2 diabetes using insulin — and for those who aren’t.

“There’s this presumption that in order to benefit from CGM — or even to be eligible for CGM — you have to be taking multiple daily injections or that they’re the only people who benefit,” Miller said.

“It’s kind of like saying, ‘Only people who speed or have speeding tickets need speedometers in their cars. The reality is that all persons living with diabetes — those with multiple daily shots or one shot of insulin per day or individuals who aren’t taking insulin — can significantly benefit from the information that FreeStyle Libre can provide. Imagine if we were trying to effectively drive our car without speedometers. We just wouldn’t know.”

The evidence is quick to back Miller’s assertions.

In data1 presented at the American Diabetes Association (ADA) 80th Scientific Sessions, the FreeStyle Libre system was found to offer:

Specifically, FreeStyle Libre users saw a 0.8% drop (from 8.5% to 7.7%) after six months  and 0.6% drop (from 8.5% to 7.9%) after one year. Moreover, the greatest HbA1c decreases were seen among non-insulin users with type 2 diabetes, including a 0.9% reduction at six months and 0.7% drop after 12 months. Those clinically significant reductions brought them closer to the ADA's recommended A1c goal of 7% for adults with diabetes.2

Simply, people may be able to manage their glucose levels with CGM technology instead of adding insulin to their treatment regimens. 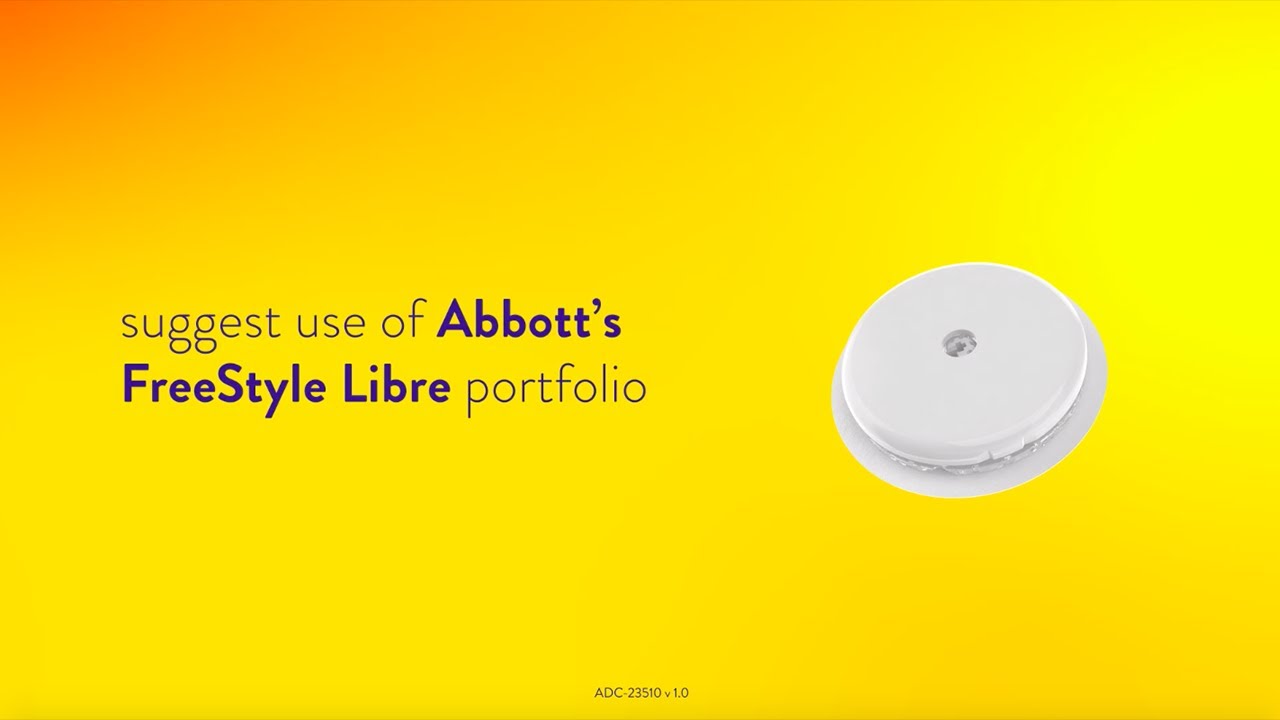 Researchers found that using the FreeStyle Libre system is associated with a sizeable reduction of 30% in acute diabetes events, or complications that can arise from diabetes, and 13% in hospitalizations for any reason. The data suggest significant savings by lowering costly diabetes-related complications and hospitalizations.

More findings showed substantial reductions in hospitalizations from diabetic ketoacidosis (DKA), a serious condition that can lead to diabetic coma or even death. With the FreeStyle Libre system, annual DKA rates dramatically dropped by 52% in those with type 1 diabetes and 47% in those with type 2 diabetes.

Wearables like the FreeStyle Libre system allow people to see where their glucose levels are, where they’ve been and where they are heading to make more informed decisions to better manage their condition — all with a simple scan of your sensor.

“All persons with diabetes need to know what their glucose is. It’s a foundational component for diabetes management,” Miller said.

The FreeStyle Libre system is showing users the road ahead to manage their diabetes in ways that work best for them.

Miller, a family practice physician at High Lakes Health Care in Oregon, has the pedal to the metal on her way to her next meeting.

But before she exits, she wants to be sure it’s clear who can benefit from taking hold of the CGM wheel. Not using insulin in your care should not be a roadblock.

“We tend to lump things: ‘Oh, unless you have diabetes and take multiple shots, you don’t need a CGM.’ What do you mean? CGM data mean different things for different people. But every person with diabetes, irrespective of their treatment, can benefit from the data CGMs like FreeStyle Libre gives them,” she said.

And off she went, with three minutes to spare.

Do not ignore symptoms that may be due to low or high blood glucose, hypoglycemic unawareness, or dehydration. Check sensor glucose readings with a blood glucose meter when Check Blood Glucose symbol appears, when symptoms do not match system readings, or when readings are suspected to be inaccurate. The system does not have alarms unless the sensor is scanned, and the system contains small parts that may be dangerous if swallowed. The system is not approved for pregnant women, persons on dialysis, or critically-ill population. Sensor placement is not approved for sites other than the back of the arm and standard precautions for transmission of blood borne pathogens should be taken. The built-in blood glucose meter is not for use on dehydrated, hypotensive, in shock, hyperglycemic-hyperosmolar state, with or without ketosis, neonates, critically-ill patients, or for diagnosis or screening of diabetes. When using FreeStyle LibreLink app, access to a blood glucose monitoring system is required as the app does not provide one. Review all product information before use or contact Abbott Toll Free (855-632-8658) or visit www.freestylelibre.us for detailed indications for use and safety information.