Read this before you race. Hint: Good race recovery starts long before the finish line.

Sometimes even the most seasoned runners can make rookie mistakes. After completing the 2017 Tokyo Marathon, avid marathoner Mike Sheehy was back to running 13 miles a day after taking just a week off. His sights were set on the Boston and London marathons, which he planned to run as part of his quest to run all six Abbott World Marathon Majors in a single year.

But as the marathons approached, Sheehy’s body began to lose speed.

"When I finally toed the line at Boston, my body was so over-trained, I couldn’t run to my potential," Sheehy remembered. "Why? I failed to recover properly."

Sheehy's experience is not uncommon. Many runners, fresh from a big race, return too quickly to their pre-race training routine and end up sidelined in the process. That's why it pays to make recuperation a top priority after any big run. As you train, consider these tips to ensure a healthy race recovery.

Recover during your training

"Recovery shouldn't be saved just for race day," said Pamela Nisevich Bede, an Abbott dietitian and a 22-time marathoner and Ironman triathlete. Implementing a recovery routine after every training session enables runners to be at their best when race day rolls around.

"Since training for a marathon usually takes 16 weeks, you’ve got 16 weeks of opportunity to recover," Nisevich Bede said. "If you're diligent about recovery throughout that training time, it makes it easier to progress and it makes the training easier because you’re not sore all the time."

Runners know that keeping hydrated before and during a big race is crucial to maintaining stamina and avoiding exhaustion. Hydrating after a race however, is sometimes overlooked, said Bede. 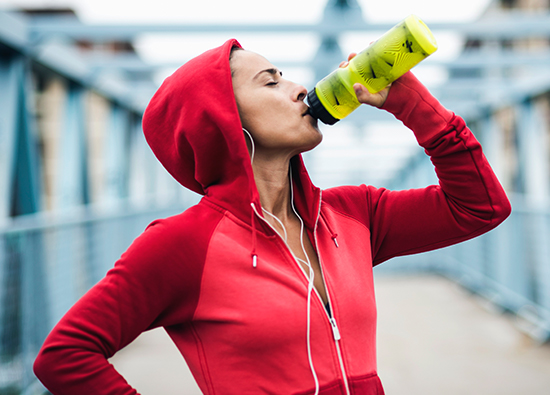 "[Hydration is] a huge factor that some of us forget to think about, especially if the race has a beer garden afterwards," Nisevich Bede said. "Rehydration is really important. Otherwise, you can go through the day feeling fatigued and trying to play catch up from the race."

Nisevich Bede offered this guide to keep in mind as you rehydrate. Following a long run, a runner's urine may be amber or resemble the color of apple juice, a sign of dehydration. Runners should rehydrate well enough that within two hours, it returns to a light lemonade color.

To achieve such a hue, make sure that plenty of water and liquids with electrolytes are part of your post-race routine.

Go for proteins and carbs

During the first hour after a vigorous run, a runner's muscles are primed to recover. Take advantage of the time window by choosing foods high in protein and carbohydrates.

Shoot for 15-30 grams of protein and 2 to 4 times as many carbs within the first hour, Bede said. Simply can't stomach that much food? At bare minimum, get your protein in so that muscle repair and recovery begins.

"In the hours that follow, eat normally," she added. "And don't be afraid to put salt on your food because you're trying to rehydrate and those electrolytes are important."

During the following week, keep those protein-rich foods handy. Additionally, fruits and vegetables, fish, and foods high in antioxidants are good choices to regain energy and bolster strength.

There's no shame in a celebratory beer following the end of a long race. But keep alcohol to a minimum, Nisevich Bede cautions. Too many drinks can impair muscle improvement and slow recovery.

"That post-run beer is totally fine, but when you take it to extremes, clearly it's dehydrating and impairs proper recovery," she said. "It's sending you further down a path you're trying to get away from."

The same goes for excessive sugar. A sweet treat is perfectly fine post-race, but limit sugary snacks in the weeks following.

"Yes, you deserve a piece of cake," Nisevich Bede said. "But let's not consume cake every day for a month because then you undo of the miles and hours of hard work that you put in."

Regular stretching is another key step for post-run recuperation.

Both Sheehy and Nisevich Bede travel with a foam roller to iron out muscle kinks after a long race. A foam roller is a self-massage tool that helps release muscle tightness. The method can also be performed with a lacrosse ball, a trigger point wand, or a mobility ball. 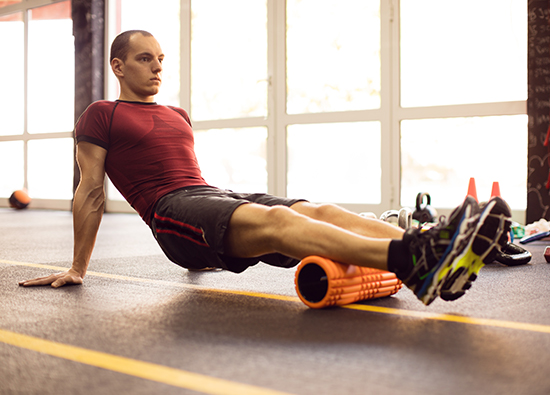 "Putting your legs up is important," Nisevich Bede adds. "I would say get off your feet. Rest, ice, compression, elevation can help."

Don't be afraid to sit back and relax after a big race, Sheehy stresses. Take some time to bask in your success and reflect on all you've accomplished.

"Enjoy it!" he said. "Don't rush into the next thing. Your mind, body, and soul went into training and the race. Now, you need to recover all parts of you."

Want to keep these tips handy? Download this infographic.