His Heart Stopped. He Didn't.

That's how long Bob Quick's heart stopped beating in 2004 on a day he calls the best of his life.

"That heart attack changed everything for the better," he said.

His heart stopped. He didn't.

In the years since that near-fatal episode, Quick has had stents implanted to support blood flow to his heart as well as an Abbott implantable cardioverter defibrillator (ICD) in his chest to help manage his heart disease and maintain a normal heartbeat. 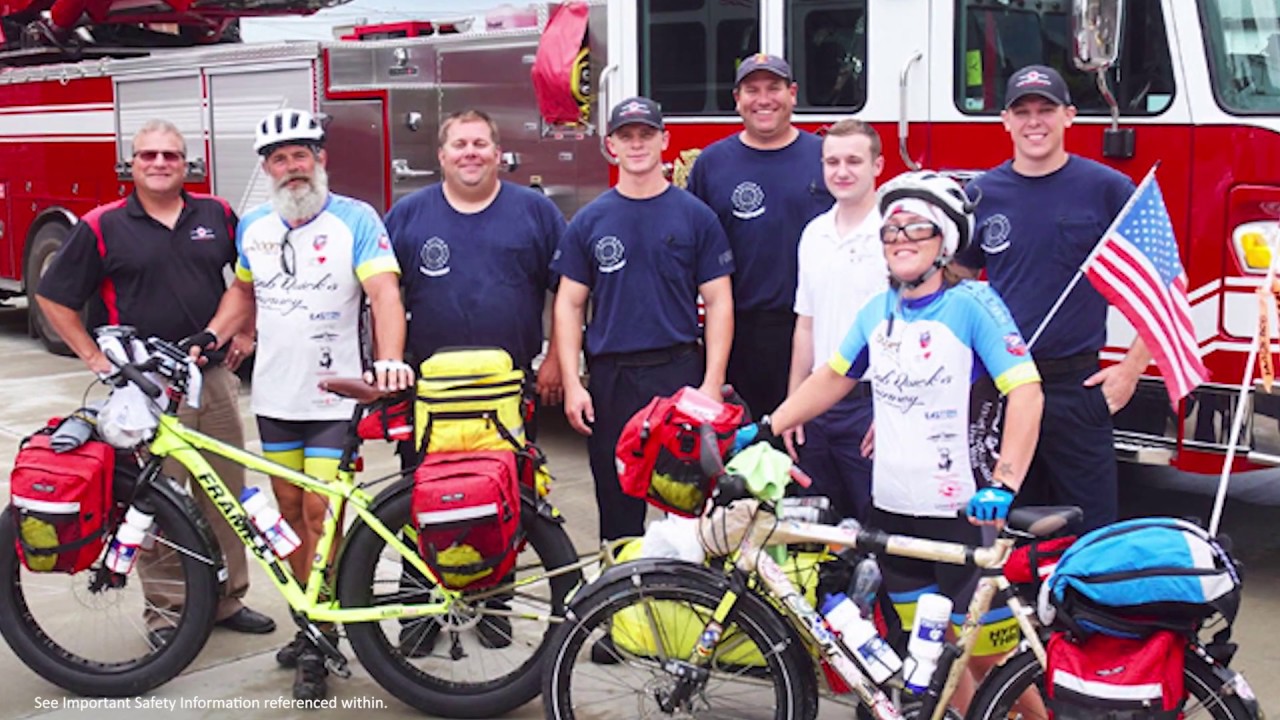 "With a heart condition, you can either get up and start living, or sit down and start dying," Quick said of his cardiovascular disease.

During Quick's heart attack, paramedics in his hometown of Roy, Utah, performed CPR to bring him back.

He'll never forget it. And he won't let them forget it, either, nor their colleagues across the country.

His appreciation and gratitude drove him last year to bike from Oregon to New York with stops in towns along the way to say thank you to firefighters, paramedics and police officers for their service while raising awareness for heart health.

That he's a still-living, still-breathing example of living your best life has not gone unnoticed, especially by people living with heart disease.

"I take every day, every breath, every touch, every smell to the fullest you can imagine," he said. "Every day I want to inspire someone."

This testimonial relates an account of an individual’s response to the treatment. This patient's account is genuine, typical and documented. However, it does not provide any indication, guide, warranty or guarantee as to the response other persons may have to the treatment. Responses to the treatment discussed can and do vary and are specific to the individual patient.

The devices are intended to provide ventricular antitachycardia pacing and ventricular defibrillation for automated treatment of life-threatening ventricular arrhythmias. Dual-chamber pacing: AF SuppressionTM pacing is indicated for suppression of paroxysmal or persistent atrial fibrillation in patients with the above ICD indication and sinus node dysfunction.

Contraindications for pulse generator system use include ventricular tachyarrhythmias resulting from transient or correctable factors such as drug toxicity, electrolyte imbalance and acute myocardial infarction.