What's Your Chance of a Heart Attack?

Blood test helps predict risk of heart disease, such as a cardiac event, potentially months to years in advance.

Among the many things that are held near and dear to a person’s heart, the topic of heart disease often comes up. That's not surprising as 1 in 3 deaths globally are attributed to cardiovascular diseases.1

Heart disease, including events like a heart attack, can often feel unexpected and sudden. Yet, imagine being able to better predict your chances of developing heart disease, potentially months to years in advance?

A blood test, developed by Abbott, is now the first of its kind with CE mark that can help doctors in Europe more accurately predict the chances of a heart attack or other cardiac event potentially months to years in advance among adults who otherwise appear healthy.*

The test measures a protein called troponin-I which is released from the heart, and can be found at elevated levels in the blood when the heart muscle has been damaged due to lack of blood flow.

High sensitive troponin-I tests have been helping emergency room doctors in Europe determine whether a patient experiencing symptoms is having a heart attack. Now Abbott's test is helping doctors take care to the next level by focusing on prevention.

Abbott's test is so sensitive that it can also detect low levels of troponin-I that indicate if a person is at increased risk of a future heart attack or cardiac event, potentially months to years before symptoms occur.

A substantial amount of research has shown that measuring a person's troponin levels using Abbott's high sensitive troponin-I test provides better predictive information for determining a person's chances of developing a future cardiovascular disease when added to the current standard of care.2-6

To currently predict a person's chances of developing heart disease, European guidelines recommend that physicians use several indirect health factors: for example, cholesterol levels, blood pressure, as well as if they have diabetes or are a smoker. Abbott's test uses a biomarker that is a direct signal from the heart.

"This life-changing technology can help physicians have a clearer picture of their patient's likelihood of having a cardiac event in the future”, said Gillian Murtagh, M.D., a cardiologist and Associate Medical Director at Abbott. "Having access to this additional information helps ensure the correct medical treatment is given to high risk patients and can help prevent unnecessary testing and costs for low risk patients." 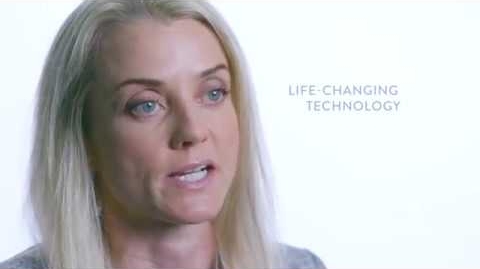 By making assessments of a person's cardiac risk more accurate and more convenient, it may be possible to fundamentally change the way cardiac disease is managed by focusing on prevention.

Click here to find out more about Abbott’s high sensitive Troponin-I test and the role of diagnostics in cardiac health.

*Abbott’s high sensitive Troponin-I test for cardiac risk is the first to receive CE Marking, an indicator that it complies with European health, safety and environmental protection standards for products sold in the European Economic Area.