A Young Life, Restored: Only time can tell the fullness of a life's story. Sadie's life story is one we've told … to a point. What you see in the video above is how far she's come living her life as she wants, chasing her dreams and looking ahead — not behind — thanks to what you don't see: Our technology that's helped her reach her next destination in her life’s journey. And to see how far she's come from where we first met her, please keep reading.

Sadie Rutenberg is a 3-year-old who likes the color pink and loves penguins. She's happy, spunky and very friendly.

But Sadie isn't like most children her age — she was the first child in the United States to receive a revolutionary pediatric mechanical heart valve when she was a baby as part of a clinical trial. Now FDA approved, the dime-sized valve is the world’s smallest, and suitable for treating the tiniest patients including newborns and babies 1-year-old and younger.

Before Sadie was born, an ultrasound showed the walls between her heart's left and right chambers were not forming properly. As a newborn, she was diagnosed with a congenital heart problem called complete atrioventricular canal defect. 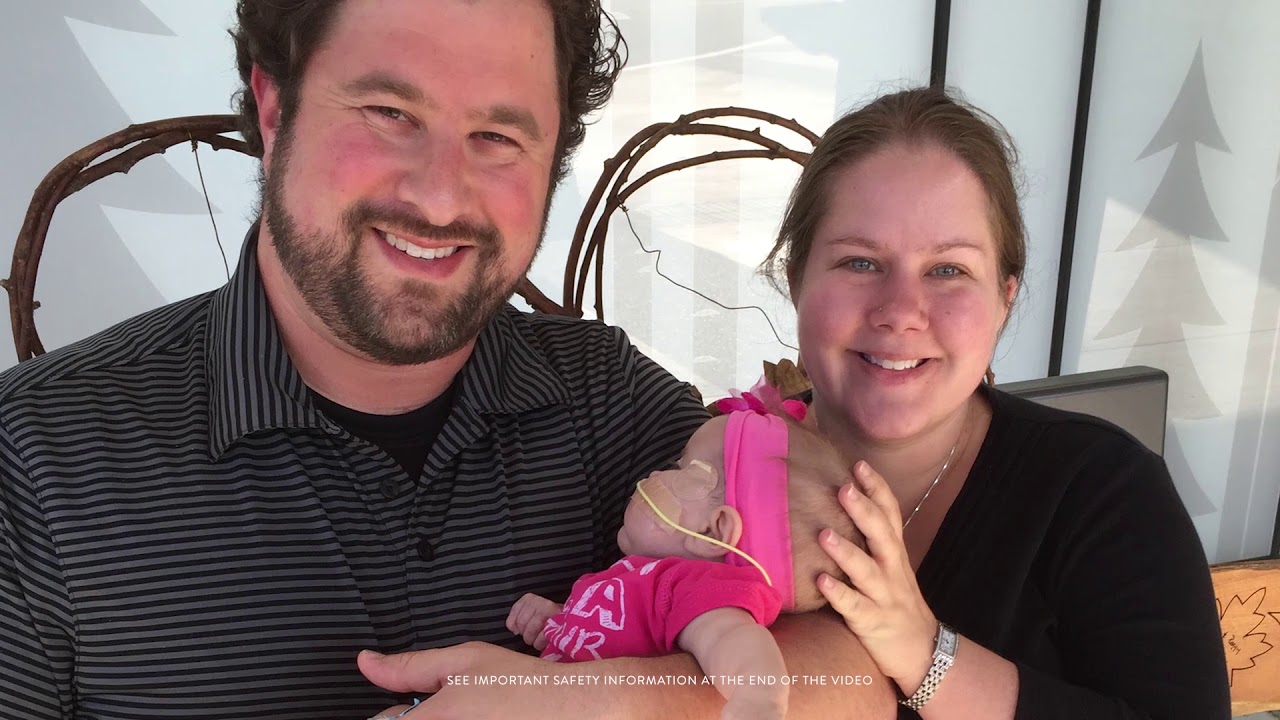 When Sadie's parents took her to the cardiologist for what they thought was a routine visit, the doctor told them she had to be admitted to the hospital. At that moment, Sadie's parents realized just how sick she was.

She needed surgery right away.

But given the replacement valves that were available at the time, it would take years until Sadie's heart was big enough to make the surgery a success. Sadie didn't have that time. Over the next two weeks, Sadie underwent two surgeries to repair the defect. It wasn't enough, and Sadie was still unable to thrive the way a growing and healthy newborn should.

Dr. Chen suggested a clinical trial for Sadie, which was evaluating the world's smallest mechanical heart valve, made by Abbott, in pediatric patients 5 years of age or younger. Seattle Children's Hospital was one of 40 sites nationwide participating in Abbott's trial. Sadie's age and size made her the perfect candidate.

And, it was her only option.

"We wanted Sadie to be a part of the trial because it could hopefully save her life." said Wendy Rutenberg, Sadie's mom.

"I remember Dr. Chen coming out after the surgery. That initial moment where we’re looking at him and wondering, 'Is he going to give us good news or bad news?' Then he broke into a smile. It was like winning the lottery," Wendy shared.

"When Dr. Chen told us the Abbott valve worked, and that it improved her heart function as much as it did ... as a parent, I can't put into words the happiness and emotion I felt. It's a moment I'll never forget,” said Sadie's dad, Lee'or. 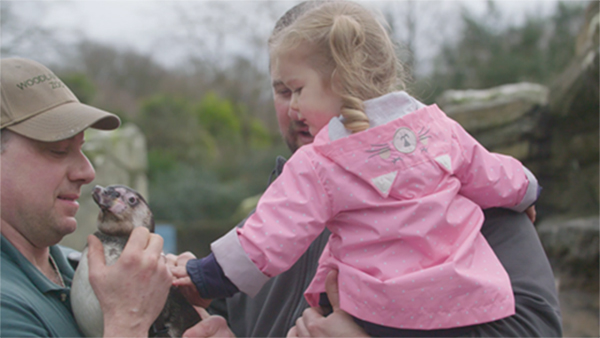 Now Sadie can visit the zoo and all her favorite animals.

The surgery to place the valve couldn't have gone better. Instantly, Sadie's heart function improved dramatically. She quickly began gaining weight and became more alert and active. Soon, her parents were able to bring her home where she's continued to grow and now is enjoying life as a 3-year-old should, playing with toys, running around at the playground and going to the zoo.

"Once she got the valve, the next day she was a totally different kid. It was amazing to watch how just fixing that problem can completely change you," Dr. Chen said.

"I think the future is really bright. She is going to have some limitations, but she has so much opportunity ahead of her now. If that clinical trial hadn't been available, we would have started planning for her death rather than planning for her life, setting up a college fund and all the things that parents typically do," Wendy expressed.

Sadie is aware she has a heart issue, but it doesn’t bring her down. Instead, she says she has a “sparkle” in her heart, something she and Dr. Chen came up with together.

"She's a firecracker. You would never know she's been through the heart surgeries she has," Lee'or said. "That valve saved her life."

The SJM™ Masters Series Mechanical Heart Valve is intended for use as a replacement valve in patients with a diseased, damaged, or malfunctioning mitral or aortic heart valve. This device may also be used to replace a previously implanted mitral or aortic prosthetic heart valve. The sizer model 905-15 is indicated to confirm size selection of the 15AHPJ-505 and 15MHPJ-505 valves.