Bouba Dieme’s heart failure came as a surprise. Thanks to HeartMate 3, he’s spreading the word of what’s possible.

Bouba Dieme is a towering, 6-foot-7 example that heart failure can happen to anyone.

That’s not what springs to mind when you hear “heart failure,” right? There’s a look, who’s taking care of themselves and who isn’t, who’s going to need an LVAD heart pump or heart transplant down the line and who won’t.

Giant, lithe, athletic types — those tall glasses of water among us — it’s not those guys.

Except when it is.

“I never drank. Never smoked. But this happened,” Dieme said. “We really don’t know until you get checked. I was always very physically fit.”

As Dieme, 32, can attest, it can seem like “it doesn’t happen until it happens to you.”

But chances are it will happen to you or someone you know.

This is the story of how heart failure, the need for a heart transplant and life with a left ventricular assist device (LVAD) happened to Bouba Dieme, decades sooner than he might have ever imagined — if he’d imagined it at all. 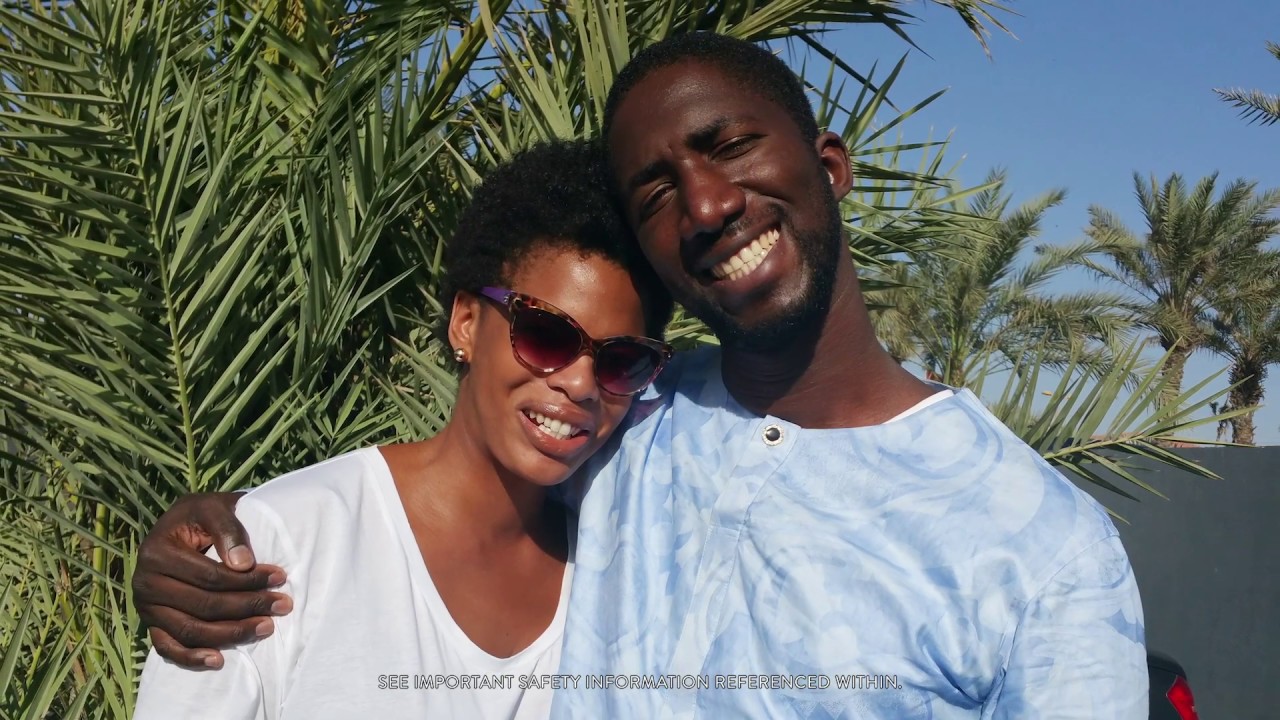 Born in Senegal on the west coast of Africa and growing up in neighboring Mali, Bouba Dieme

remembers times when he felt dizzy and lightheaded as a kid. It didn’t seem like a big deal then so he kept on playing.

As he grew through high school and college, playing basketball competitively throughout, the spells returned. His doctors remained unconcerned.

“I felt normal growing up, no kind of concern except for when I was a teenager, 16-17,” Dieme said. “They noticed I was having some heart issues. But (heart failure) was ruled out at the time. I continued living normally.”

That all changed in 2012 while Dieme was in South Africa. He was 26 and about to get some news that isn’t supposed to come to young, vibrant people in their prime.

“Essentially, my heart was bigger than normal,” Dieme said. “At that time, I was having a lot of chest pains. It was getting harder and harder to breathe at times. And I was getting tired quicker than normal.”

His first course of treatment — medication — brought his symptoms under control. He was, as he describes, “almost back to normal, still a little bit tired.”

But he got back to living. And life was good.

He married Desirée. They got pregnant. A healthy baby boy joined their growing family. For optimizing energy usage in Africa, he was awarded a YALI (Young African Leadership Initiative) fellowship supporting young leaders on the continent.

The fellowship would bring him to study at the University of California-Davis. All that stood between his life in Dakar and the next chapter in the States was a 22-hour flight.

It’s hard to know for sure, but that long journey across the Atlantic probably wasn’t the best for Dieme’s health. When he made it to California, doctors found his heart capacity was about 50 percent of normal. He was diagnosed with a rare congenital heart defect called Left Ventricular Non-Compaction Cardiomyopathy, a long way of saying the walls of his ventricle are soft and spongy.

Medication wouldn’t be enough this time. He was 30, and he needed a new heart.

“The waiting time depends on where you live, what your blood type is, your size,” cardiologist Dr. Zijian Xu of the Sutter Medical Center told The Sacramento (Calif.) Bee.

Right. “Your size.” The wait was just one challenge. Dieme had another, literally bigger, problem.

“For a large person, it’s going to be more difficult because you need a size that matches his body size as a donor and you don’t find that many big donors,” Dr. Xu said.

Without a donor heart available, an LVAD would give Dieme time and quality of life back while he waited. Dieme and his doctors chose a HeartMate 3 LVAD.

Living With His LVAD

Within a few months of receiving his HeartMate 3 LVAD, Dieme was progressing through cardiac rehab. Not that it’s obvious to everyone he meets that he’s living with heart failure.

“Even when I tell people I have a heart pump, they usually don’t believe it,” Dieme said. “I don’t look like it. Apparently, there’s a look for it. The shock is definitely there.”

Managing his heart failure has led to a new calling in his life: Through his foundation, he’s spreading the word about the unrecognized prevalence of the disease.

He blogs about his experience at heartofagiant.org and advocates for the American Heart Association’s Heart Walk in Boston, near where he now lives with his family.

At home, his first son is now an older brother to twins, who celebrated their first birthday in July. With their three sons in tow, Bouba and Desirée are leading a family of five.

As a father, he understands his children could have the same congenital issue he’s living with. If that turns out to be the case, he doesn’t want their diagnosis to be delayed.

Because with congenital heart failure, “your heart muscle is never fully formed at birth. As you grow and as you get stronger, it has to compensate to pump more through your body, and that makes the heart muscle bigger and bigger because it’s trying to get more volume through,” Dieme said. “Usually, it starts to show itself as puberty or when you’re a teenager. So that could have been a moment to see. But it’s hard to notice when somebody is very active. Could be easily misdiagnosed.”

That was his story. He’s hoping his example can raise awareness and benefit others.

“This is a public health issue. We want to raise awareness and support work that’s being done so other people can live their live fully,” Dieme said, including helping people know what to ask their doctors about heart failure. “We want to show other patients that you can still be happy, have joy despite day-to-day challenges. I want to make sure my struggle serves a bigger purpose than just me.”

And he’s a big guy. So, bigger than him? Now that’s a good look.

Prior to using these devices, please review the Instructions For Use for a complete listing of indications, contraindications, warnings, precautions, potential adverse events and directions for use.

The HeartMate 3™ Left Ventricular Assist System is contraindicated for patients who cannot tolerate, or who are allergic to, anticoagulationtherapy.