When Patrick Czmok crossed the finish line of the New York Marathon on Nov. 4, he joined a very exclusive club – the elite group of athletes who have not only completed all six Abbott World Marathon Majors (AWMM) races, but completed them all in one calendar year.

More than 4,000 runners have earned the coveted AWMM Six Star Finisher Medal. This prestigious award made its debut at the 2016 Tokyo Marathon and is given to those who successfully complete each of the six AWMM races in Tokyo, Boston, London, Berlin, Chicago, and New York. But only about 30 of those medalists, Patrick now included, have run all six races in one calendar year.

Czmok, a head product specialist in Abbott's diagnostics business, had asthma as a child and didn’t begin playing sports until the age of 23. In 2012, he ran his first marathon, and as he described it, was instantly "infected by marathon fever."

Currently living in Germany, Czmok originally planned to run two marathons this year – London and New York. But after winning the chance to run the 2018 Tokyo Marathon (one of the hardest marathons to get into), in a marathon lottery for Abbott employees he started thinking bigger. Not only did he decide to take on all six marathons in one year, but he wanted his average running time to be under three hours.

One of the biggest hurdles for anyone attempting to run the six AWMM races in one year is that the second and third races – Boston and London – are practically back-to-back. This year they were just six days apart.

In April, unseasonably cold temperatures combined with bitter winds and rain battered the Boston runners. It was a hard race and Czmok was facing another 42.2 km (26.2 miles) on a different continent in less than a week. If jet lag, tired legs, and new running shoes weren’t enough of a challenge, this year’s London Marathon was their warmest marathon ever recorded – 24.1 degrees Celsius (75.3 Fahrenheit). 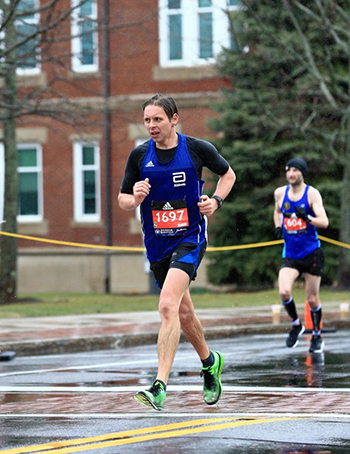 The extreme conditions put a huge strain on Czmok's body, and when "there was nothing left" and no energy to keep running, he had to let go of his time goal and do everything he could to keep moving. "I was just happy to cross the finish line in London."

Although Czmok took longer than three hours to complete the London Marathon (by just four minutes), he made up for it in the other races. And after a very fast race in New York, he achieved an average run time of under three hours for the year.

The biggest supporters of Patrick's journey this year were his wife, Daniela, also an Abbott employee, and his two sons, Jakob and Manuel. "They were the main drivers to earn the Six Star Finisher Medal," explained Czmok. 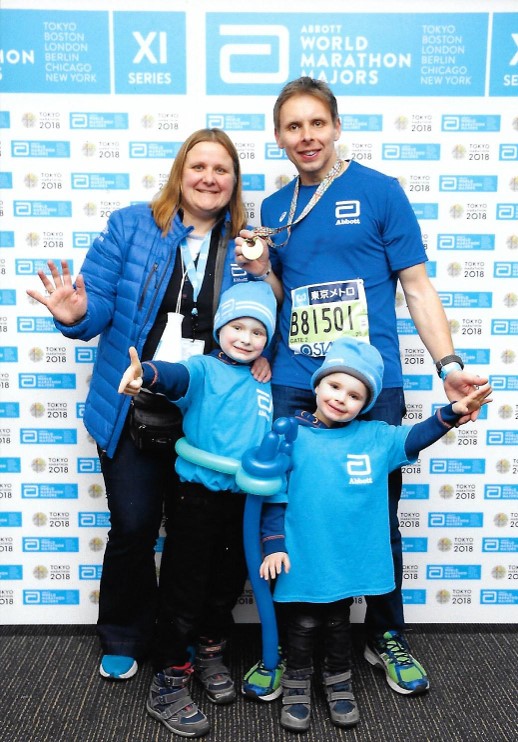 His entire family traveled with him to Tokyo, Berlin, and Chicago, joining the Abbott-sponsored Cheer Zones and rooting for him alongside other Abbott colleagues. Daniela was also in New York for the big finish – with a special surprise planned.

At the end of every AWMM race, local Abbott employees greet all the Six Star Finishers and award them their medals. Czmok knew Daniela had been in the crowd, but he never expected that the Abbott employee waiting with his medal would be his wife.

The emotional ending to Czmok's year of marathons was like something you'd see in a movie. 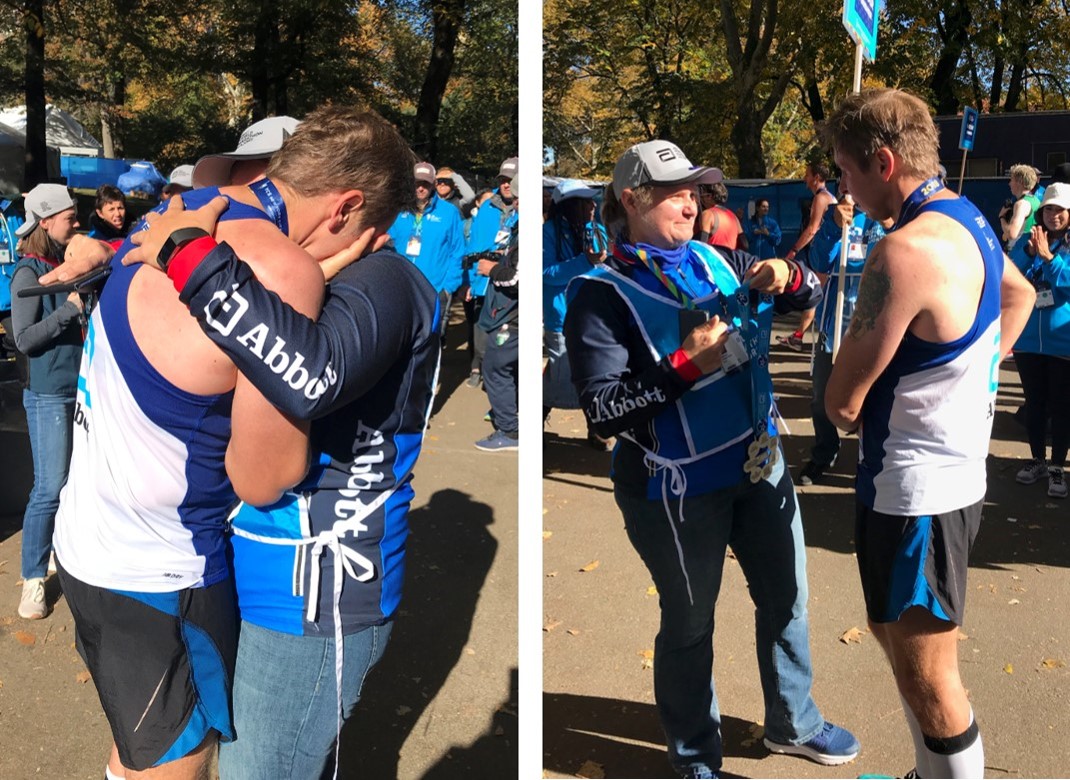 For anyone thinking about running all six AWMM races in a year, Czmok has this advice, "Overall, it was a great experience to run all six races, because each has a special atmosphere. However, you may need to be a little bit crazy to complete them all in one year."