When you first hear the term neuromodulation, it may sound like a something from an episode of Star Trek. But there's no science fiction here.

The fast-growing field includes devices that change your nerve activity by sending electrical signals to a specific area in your body, according to the International Neuromodulation Society.

Still lost in a futuristic sci-fi movie? Read on to learn more about DBS and how it's enhancing the lives of people with Parkinson's disease and essential tremor. 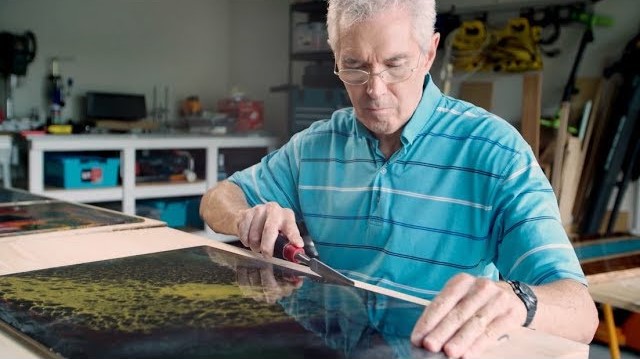 Deep brain stimulation (DBS) is a process that sends electrical impulses to parts of your brain that aren't working properly, enabling the currents to realign. According to the International Neuromodulation Society, a DBS system helps to restore the stability of brain circuits that have been disturbed so your brain activity returns to normal.

Although many people have never heard of deep brain stimulation, it's been around for quite a while. According to a history of DBS in Social Studies of Science, the treatment was approved by the U.S. Food and Drug Administration to treat Parkinson's disease in 2002. Since then, the process has helped treat more than 40,000 people globally who have Parkinson's and essential tremor.

Effects of DBS in Parkinson's disease

To pinpoint the best area of the brain to address during DBS implantation, surgeons use another tool called microelectrode recording. According to the National Parkinson Foundation, the process uses a tiny wire to track nerve cell activity in a specific location to better identify where the surgeon should target treatment.

DBS is also a highly effective medical therapy for people with essential tremor, a common movement disorder that causes people's hands or arms to shake while doing daily activities such as eating, drinking, or writing. An essential tremor may impact your head, vocal cords and tongue and worsen with stress, fatigue or stimulant medications.

DBS can block the abnormal nerve signals in your brain that cause these hand and arm tremors, restoring your natural balance.

However, DBS works best for people specifically diagnosed with essential tremor — that is, the progressive, often inherited disorder that usually begins in later adulthood. People who experience tremors after a stroke, traumatic brain injury, or multiple sclerosis diagnosis may not find DBS useful, says the University of Pittsburgh.

Research in deep brain stimulation is leading to growing advancements in the field and new technology that is making DBS even more effective.

One example of a new deep brain stimulator is Abbott's Infinity Deep Brain Stimulation System, which delivers mild electrical pulses to certain targets in the brain to stimulate the structures involved in motor control, while blocking the electrical signals that cause involuntary movements. It's a DBS system that includes first-of-its-kind wireless software designed to make DBS therapy more efficient and personalized.

It does this by combining three unique features: innovative directional lead technology, a wireless mobile platform and a sleek design for enhanced patient comfort. The device also includes the smallest bilateral primary cell IPG, making it the smallest device of its kind on the market.

DBS is currently being studied for use in other medical conditions and for children with movement disorders. There's no doubt the growing treatment will continue to advance and improve the lives of those with neurological and movement disorders.

What are the risks associated with DBS therapy?

As with any surgery or therapy, deep brain stimulation has risks and complications. Most side effects of DBS surgery are temporary and correct themselves over time. Some people may experience lasting, stroke-like symptoms, such as weakness, numbness, problems with vision or slurred speech. In the event that the side effects are intolerable or you are not satisfied with the therapy, the DBS system can be turned off or surgically removed.

Risks of brain surgery include serious complications such as coma, bleeding inside the brain, paralysis, seizures and infection. Some of these may be fatal.

How to know if you're a good candidate for DBS

The National Parkinson Foundation outlines the traits that may make you a good fit for DBS:

INDICATIONS fOR USE: Bilateral stimulation of the subthalamic nucleus (STN) as an adjunctive therapy to reduce some of the symptoms of advanced levodopa-responsive Parkinson's disease that are not adequately controlled by medications, and unilateral or bilateral stimulation of the ventral intermediate nucleus (VIM) of the thalamus for the suppression of disabling upper extremity tremor in adult essential tremor patients whose tremor is not adequately controlled by medications and where the tremor constitutes a significant functional disability.

CONTRAINDICATIONS: Patients who are unable to operate the system or for whom test stimulation is unsuccessful. Diathermy, electroshock therapy, and transcranial magnetic stimulation (TMS) are contraindicated for patients with a deep brain stimulation system.

ADVERSE EFFECTS: Loss of therapeutic benefit or decreased therapeutic response, painful stimulation, persistent pain around the implanted parts (e.g. along the extension path in the neck), worsening of motor impairment, paresis, dystonia, sensory disturbance or impairment, speech or language impairment, and cognitive impairment. Surgical risks include intracranial hemorrhage, stroke, paralysis, and death. Other complications may include seizures and infection. Clinician's manual must be reviewed for detailed disclosure.

Our newsletter covering the latest in Abbott's health technology.