If you've ever heard a friend say, "I drive better after smoking marijuana," you're sadly not alone.

More than 1 in 3 people have overheard someone boasting about their ability to drive while high. It's an even greater problem among younger people — half of all millennials and members of Generation Z personally know somebody who took drugs and then took the wheel.

That's all according to recent Abbott surveys, which sought insight from more than 2,000 respondents in Canada and the U.S. It also points to a growing chorus of citizens who demand that something be done about others who think nothing of driving after drinking or taking drugs. Among other findings, researchers came to the following conclusions:

So, how can officers keep drugged drivers off the roads? Current common solutions — blood or urine tests — typically involve taking drivers to a different location to test them, giving the drug time to metabolize and exit a driver's system before samples can be collected.

A roadside drug test, which would provide instant results and only require the driver's saliva, could be the answer.

The problem of drugged driving

Drug-impaired driving has dangerous consequences, and more than 6 in 10 drivers worry things will get even worse as efforts continue as more states are legalizing recreational marijuana nationwide, the Abbott survey showed.

Those worries appear to be well-founded. According to a 2016 report by Pew Charitable Trusts, the number of drug-impaired driving deaths has risen by more than 50 percent among people who were tested for drugs after dying in a car cash compared to a decade ago.

This issue hits close to home for many. According to Abbott's survey, more than 1 in 5 Americans know someone who was in a car crash involving a drug-impaired driver.

Brian Swift is one of them. In 2013, Swift's parents, Tom and Barbara Swift, died when a drugged driver in a semi-trailer truck ran a red light and struck their vehicle in Michigan. Following the tragedy, Swift contacted his state legislators so he could advocate for his parents as well as all other victims of drugged driving.

"I don't ever want another human being to have to get a phone call and learn that their loved one was killed by a drugged driver," Swift said. "Not only do you have to face the facts that your loved ones are gone but there's also the issue of the whole legal system and how unfair it is to victims. In our case, we had to fight."

Swift's advocacy resulted in legislation that launched an oral fluid roadside drug testing program in Michigan. The program, known as the Barbara J. and Thomas J. Swift Law, took effect in 2016 and was designed to test whether saliva-based drug tests could help curb drug-impaired driving.

As part of the program, law enforcement officers trained as Drug Recognition Experts (DREs) in Michigan used Abbott's SoToxa™ Mobile Test System in traffic stops with suspected drug-impaired drivers and found in lab confirmations that the device had an accuracy of more than 95 percent. Thanks to this development, around 40 drivers were kept off the roadways, enhancing road safety of everyone.

Putting officers back to public service

In Abbott's survey, more than 70 percent of respondents said they would support the use of a handheld roadside device to detect drug usage. The SoToxa device could meet this need. It offers a less time-consuming option for police officers and helps keep drug-impaired drivers off roadways.

"Existing tools and protocols for drug testing, can tie up an arresting officer in a time-consuming process and sometimes cause them to miss the opportunity to collect valuable evidence," said John Flannigan, a retired Vermont State Police officer and Drug Recognition Expert (DRE), who spent more than 27 years in law enforcement. "If a blood or urine test isn't collected quickly enough approximate to the time of a traffic stop or crash, lengthy delays in processing could mean drugs are dissipating from the driver's system. But with roadside oral fluid testing, it gives law enforcement officers a really good tool that they can use right then and there at the roadside or at a hospital."

Flannigan saw the beginning (and subsequent successes) of testing for drunken driving and sees similar potential in roadside oral fluid testing. He also believes that once people know officers have roadside drug testing tools, fewer may drive under the influence.

After all, according to Abbott's survey, people don't yet fully understand how drugged drivers are tested. For example, about 40 percent of Americans think drugged driving tests are similar to roadside alcohol sobriety tests, like the breathalyzer. This is untrue because of the chemical differences between alcohol and drugs.

Safer roads for everyone

As oral fluid testing becomes more prevalent, others may think twice about getting behind the wheel while high. This could result in safer roads for everyone.

For Swift and his family, who continue to advocate for drug-impaired driving legislation, that's the ultimate goal. He, too, sees a future where roadside testing could help save families from receiving that devastating phone call.

"My parents were the type who would give you the shirt off their backs," Swift said. "They volunteered, they were unbelievable parents, and they would want us to do something for somebody else. In that way, oral fluid testing is that something. It's an idea we believe works because we know people are going to make bad decisions. We've got to have technologies available so that if they make those bad decisions, they'll know there's going to be consequences."

"There's a lot of promise in being able to implement something that's going to prevent and deter some of these tragedies from ever happening," Flannigan said. "It really is all about public safety, and about keeping people safe, period." 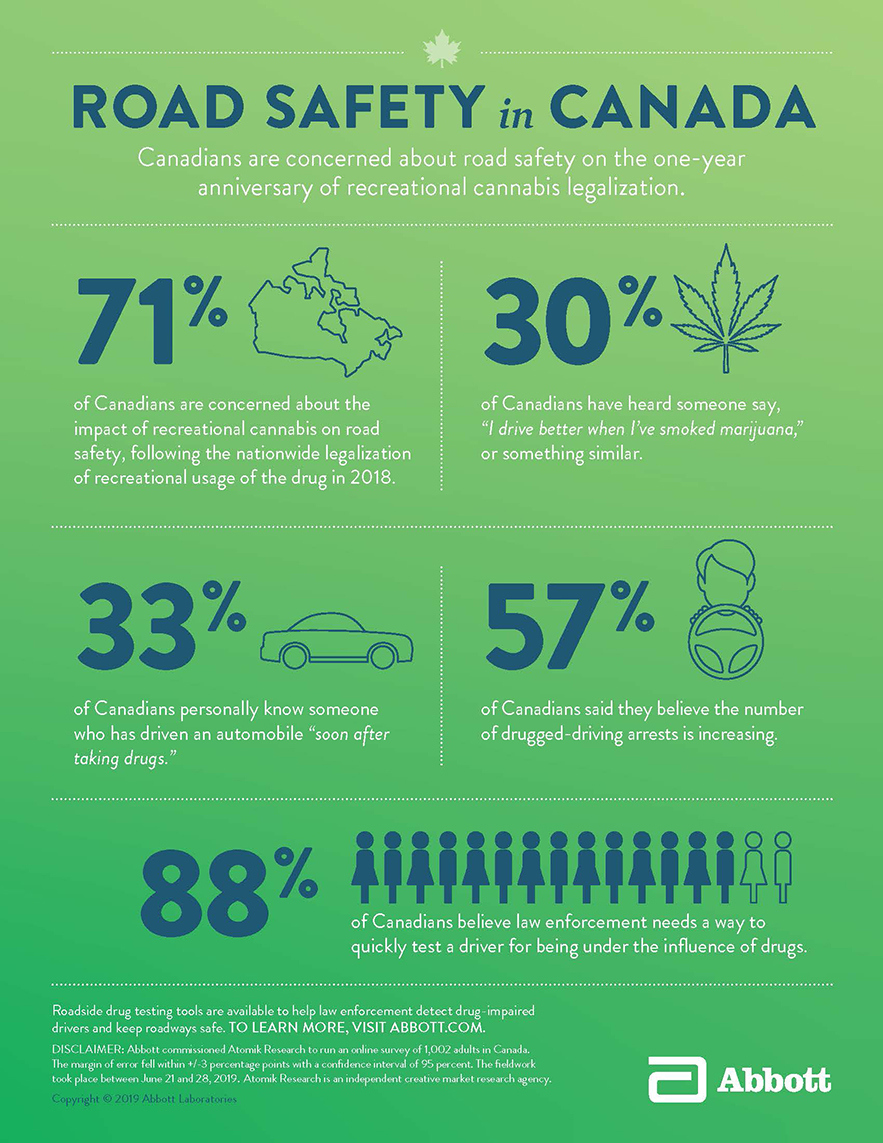 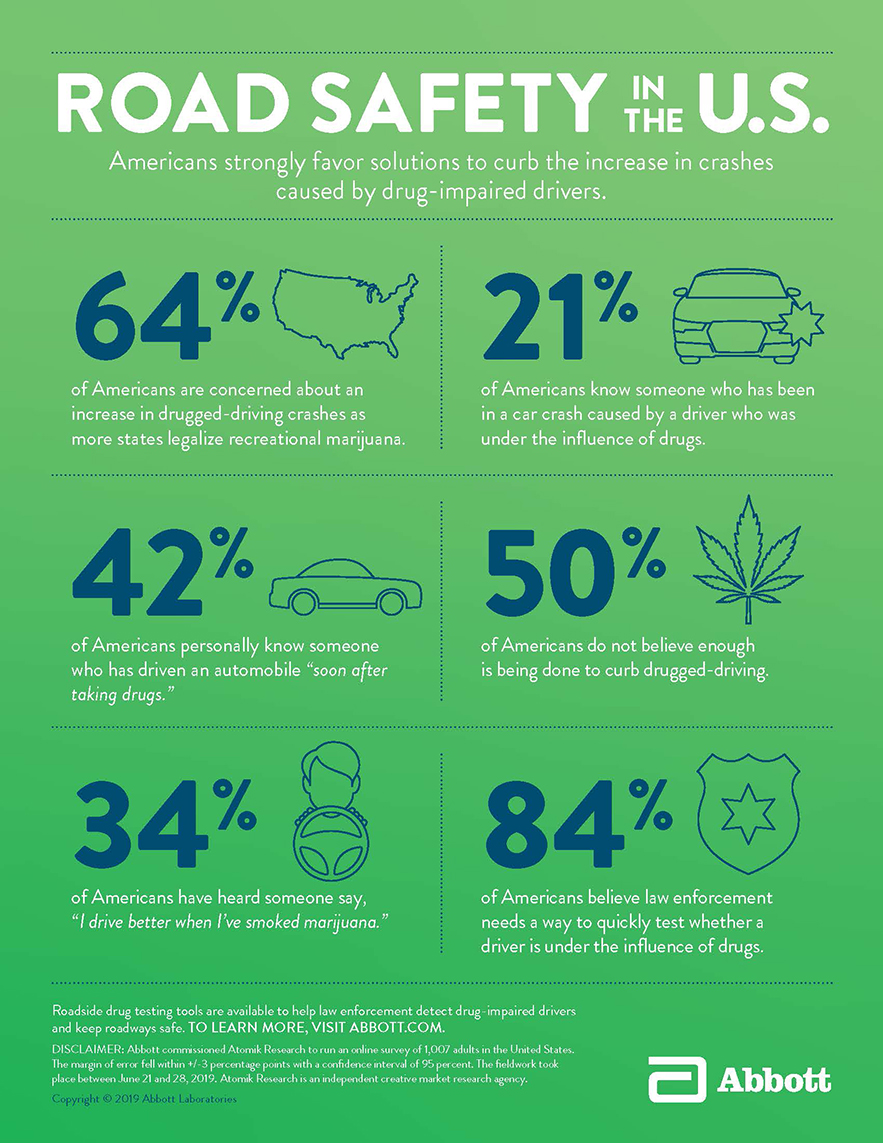