Floor the accelerator in your car and you’ll notice two things right away: your speed goes up and your fuel goes down.

It's the same with your body and exercise. Exertion draws on sugar reserves stored in muscles and the liver.

Our bodies are the engines that make us go. While athletes — who can seem like machines to us mere mortals — can make themselves go higher and faster, stronger and longer, it actually works the same for everyone.

Cars have all of this built in, including efficient ways to measure both. Us humans have the basic mechanics in place, but it can be difficult to measure those ratios in meaningful ways.

The world's first glucose sport biosensor1 designed for athletes (as well as those among us who have not completely abandoned athletic ambition), Abbott's Libre Sense Glucose Sport Biosensor is backed by Abbott's pioneering track record of breakthrough innovation, medical firsts, and clinical credibility.

With its CE Mark and non-exclusive collaboration with sports technology company Supersapiens, Abbott's Libre Sense shares glucose data designed to be compatible on a mobile app.2 It will be available in the coming weeks over the counter in eight European countries to people 16 and older through Supersapiens' website. 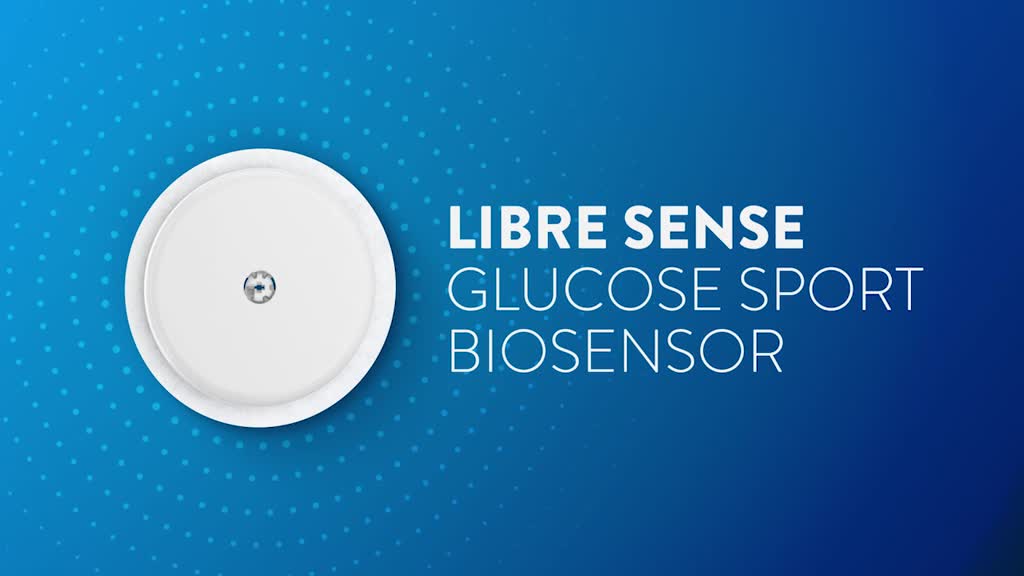 Like gas in your tank, your body stores glucose, ready to be burned the moment your casual bike ride, leisurely swim or moderate walk turn into something requiring a bit ... more. Basically, once you’re out there getting your sweat on, your glucose will go up for a time.

"When someone is exercising at high intensity, they'll actually see a rise in glucose, which is the body responding to the stress of the event," said James McCarter, M.D., Ph.D., medical affairs director for Abbott’s new analytes team. "That triggers a glucose rise from the liver that eventually is brought back down by an insulin response."

That's how it starts. That's not how it ends.

"Later in exercise — and especially in endurance exercise — as glycogen stores are depleted, glucose will begin to lower. And that's especially important in long-distance endurance events like multi-day cycling events," McCarter said.

This year, top riders used Abbott's Libre Sense as part of an observational trial to train for the world’s largest cycling race, the Tour de France. Wearing the biosensor as they trained, these cyclists were able to track correlations among glucose levels, dietary choices and their individual athletic performance, giving them the glucose data they need to help them from being "low on gas" when they're staring up at the Alps.

Understanding real-time glucose levels can enable athletes to know the best time and foods to replenish their bodies during training and competition to maintain peak performance in the moment as well as muscle recovery after.

Libre Sense is a tool, like activity trackers and wrist watches that provide heart rate. When used with a compatible partner app, provides glucose data to help understand the impact of nutrition on athletic performance.

"There is a lot to be learned about how this information can be used, so I think athletes and their coaches will be able to do their own individualized testing to see what is beneficial to them," McCarter said.

So while mileage may vary compared to professional athletes, other athletes may benefit from knowing how much they have in their reserves, as well as what makes their motors purr. With Abbott's Libre Sense, they’ll know.