Abbott and the UCSF are working together to discover and track viruses that may someday lead to better diagnostic tests that could help keep you healthy.

Time for a little quiz.

Here’s the question: For the three decades from 1980 through 2010, which of the following diseases saw a tripling (or more) in total outbreaks around the world?1

Yep, all of the above.

That answer might come as a surprise, especially if you’re living in the U.S., where rates of TB are much less frequent than other countries.2

As people travel around the globe, those bugs can come along for the ride with the potential to make us ill. But if you’re not following developments in the latest outbreaks, we've got your back. We create the technology and tools to discover, catalogue and track new viruses from around the world.

A Partnership Stretching from the Midwest to the Bay

In response to increased pandemics since 1980, public, private and non-profit organizations have worked to minimize or prevent the escalation of those outbreaks. The result has been the creation of essential new technologies to respond in "real-time."

"We're constantly searching for new ways to help improve people's health. Part of that process involves studying emerging illnesses and what causes them," said John R. Hackett, Jr., Ph.D., divisional vice president, Applied Research and Technology, for Abbott's diagnostics business. "Through a partnership unique in its scope and longevity, Abbott and the University of California, San Francisco (UCSF) are working together to discover and characterize novel viruses as well as develop diagnostic tools to address these potential health threats."

Hackett manages the collaboration between Abbott and UCSF, which was established in 2008. Just a year in, Abbott and UCSF developed a type of next-generation sequencing technology capable of simultaneous identification and characterization of the 2009 H1N1 swine flu.

"Our model is rare in three ways," said Chiu. "First, we equally share the science. UCSF and Abbott share patient samples, technology and staff, and we also co-publish papers on our joint projects."

"Second, this collaboration began in 2008 and continues. Often partnerships such as this have a time frame of a few years at most."

"And third, the work done by UCSF and Abbott is broader in scope than what’s typically seen in academic and industry partnerships. Our goals are to use the latest, cutting-edge technologies to identify new pathogens, develop diagnostic tools to detect and track them, and ultimately to improve patient care and public health."

Picture of the researchers whom manage the collaboration between Abbott and the University of California, San Francisco: John R. Hackett, Jr., Ph.D., divisional vice president, Applied Research and Technology, Abbott and Charles Chiu, M.D./Ph.D., associate professor of laboratory medicine and medicine at UCSF.

From the beginning, the partnership between Abbott and UCSF has seen a string of successes.

For the 2009 H1N1 swine flu, Abbott and UCSF’s technology found the virus and characterized 90 percent of its genome after a simple swab of a nose. The ability to quickly move from the discovery of a new flu virus to rapidly identifying its genetic makeup wasn’t a possibility just a decade earlier.

That's in addition to finding the Bas-Congo Virus (related to the virus that can cause rabies) and Titi monkey adenovirus, a respiratory virus that has been found in humans.

A more recent breakthrough occurred in December 2015, when Abbott and UCSF published a study announcing the discovery of a new virus that is strongly linked to hepatitis C virus.

Research is ongoing to determine whether the new virus is a threat to the blood supply and public.

"The goal of the UCSF-Abbott Viral Diagnostics and Discovery Center is to transform how quickly we can detect and characterize new viruses, so that we can develop new diagnostic tests to help safeguard health," Hackett said. "It's not easy to tackle new viral threats as they occur in real-time. With diagnostics and ongoing vigilance, we’re getting better at rapidly identifying the cause of these outbreaks, which could lead to quicker response and better treatment."

Abbott and UCSF researchers and scientists are pushing the boundaries of diagnostic capabilities. The resulting vault of ever-expanding information allows Abbott to offer industry-leading diagnostic technologies.

Viruses never stop. Neither will we.

Check out these resources for additional information about the UCSF-Abbott Viral Diagnostics and Discovery Center and mysterious, emerging pathogens: 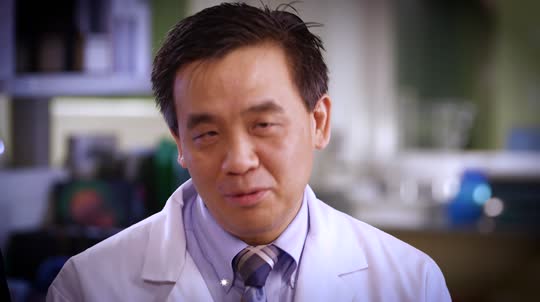 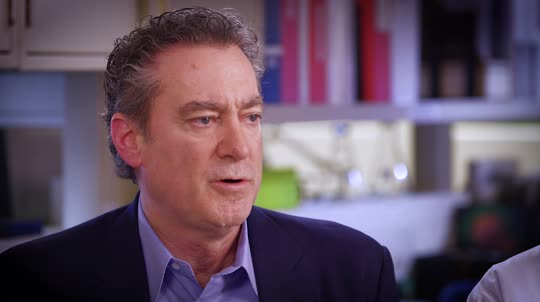