FreeStyle Libre 2 System: Accuracy is Everything

In this Q and A, learn how Abbott achieved the highest levels of accuracy standards, why it matters and what's next.

A child with Band-Aids on each of their little fingers is a common occurrence when a young person is first diagnosed with diabetes.

Thankfully, parents can save those bandages for skinned knees and elbows that come with being a kid now that Abbott's revolutionary FreeStyle Libre 2 system has been cleared for adults and children 4 and up with diabetes.

With unsurpassed 14-day accuracy1 and the ability to measure glucose every minute, the FreeStyle Libre 2 system stands apart from other iCGMs on the market. But there's more to the story.

The FreeStyle Libre 2 system also features optional real-time alarms4 and has one third fewer false alarms for children compared to other iCGMs on the market.5,6 It's designed to digitally connect and communicate with other devices like insulin pens and pumps for self-dosing decisions.

How will the FreeStyle Libre 2 system impact children with diabetes?
Dr. Midyett: This is a very powerful opportunity for children, their families and caregivers. Not only can children monitor their glucose levels without painful fingersticks, but parents can quickly scan the sensor on the back of their child's arm and see the glucose levels in real-time, whether it's at a sports game or in the middle of the night.

The FreeStyle Libre 2 system enables parents to anticipate what interventions might need to be taken, such as having their child take a break from a sports practice or game, or waking the child at night for glucose supplementation. This alleviates a lot of stress for everyone involved.

The Freestyle Libre 2 sensor is small — the size of two stacked quarters — and the system can read levels conveniently and accurately through clothing. How do these advancements help eradicate the stigma of living with diabetes?
Dr. Midyett: It's huge. If you look at it from a fashion standpoint, to be able to have something that is very discreetly tucked on the back of the arm as opposed to other devices that stick up with a prominent profile, it's a big step, especially for teenagers. Then, to be able to wear something such as a hoodie or sweater and still be able to get the glucose information in a subtle manner, diabetes becomes a lot more tolerable for kids.

Why is accuracy so important for managing diabetes?
Taub: Accuracy is key for identifying the patterns of a person's blood glucose levels, which helps people better manage their diabetes.

Before the development of CGMs people had to rely on fingersticks to measure their blood glucose levels. It hurts, it's not discreet and risks missing dangerous high or low glucose values because you only catch your glucose at that precise moment in time. The FreeStyle Libre 2 system has minute-by-minute glucose readings, which allow you to catch that glucose reading up to five minutes earlier compared to other systems.2,3 This is particularly important for children, because their glucose levels can move around more quickly than adults.

What was key for Abbott to achieve a combined mean absolute relative difference (MARD) — that was better than other available iCGMS — of 9.3% over 14 days?
Taub: The accuracy of the FreeStyle Libre 2 system comes from our wired enzyme sensor technology and our advanced algorithm efforts. We've also invested heavily in sensor-design and manufacturing processes that allow us to make every sensor the same in order to enable factory calibration where we can achieve this unsurpassed level of accuracy.

Many CGM sensors require fingerstick calibration, meaning a person using the product must do multiple fingersticks everyday just to calibrate the sensor. That's complex, burdensome and increases the risk of inaccurate glucose readings.7 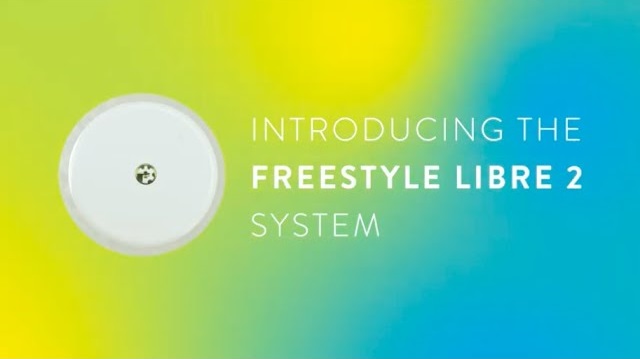 We also know that FreeStyle Libre technology is going to be an enabler for the partnerships that we've announced [including with Insulet Corporation and Tandem Diabetes Care] which will help drive the future of therapy for diabetes. Our partnership outlook is robust, and we have a well-developed strategic approach in place to create a pathway for greater life-changing technologies.

How does Abbott plan to build on the accuracy of the FreeStyle Libre 2 system for next-gen technology?
Taub: We know that device connectivity is very important in diabetes. We're driving this conversation about sensors and sensing technology, so we're constantly working to broaden its impact to bring the benefits of this technology to more people.

We envision a future where these sensors help not just people with diabetes, but potentially even a step earlier to stop the growing epidemic of diabetes by providing technology that gives a deeper understanding of glucose values and the impact of activity and lifestyle.

1FreeStyle Libre 2 User Manual.
2Data on file. Abbott Diabetes Care.
3Dexcom G6 CGM User Guide.
4When alarms are turned off, notification will not be received during low or high glucose.
5Not based on head-to-head study.
6FreeStyle Libre 2 system user manual. Dexcom G6 CGM User Guide. Based on low glucose alarms set at 70 mg/dl for pediatrics.
7Fokkert M, van Dijk P,Edens M, et al. Improved wellbeing and decreased disease burden after 1-year use of flash glucose monitoring (FLARENL4). BMJ Open Diab Res Care.
8Based on a comparison of list prices of the FreeStyle Libre 14 day system versus competitors' CGM systems. FreeStyle Libre 2 system will be list priced the same rate as FreeStyle Libre 14 day system. The actual cost to patients may or may not be lower than other CGM systems, depending on the amount covered by insurance, if any.

The FreeStyle Libre 2 Flash Glucose Monitoring System is a continuous glucose monitoring (CGM) device with real time alarms capability indicated for the management of diabetes in persons age 4 and older.*

The System must not be used with automated insulin dosing (AID) systems, including closed loop and insulin suspend systems. Remove the sensor before MRI, CT scan, X-ray, or diathermy treatment. Do not take high doses of vitamin C (more than 500 mg per day), as this may falsely raise your Sensor readings. Failure to use the System according to the instructions for use may result in missing a severe low blood glucose or high blood glucose event and/or making a treatment decision that may result in injury. If glucose alarms and readings from the System do not match symptoms or expectations, use a fingerstick blood glucose value to make diabetes treatment decisions. Seek medical attention when appropriate and contact Abbott Toll Free (855-632-8658) or visit * www.freestylelibre.us for detailed indications for use and safety information.

*Please refer to www.freestylelibre.us for the indications and important safety information.

Reskilling: A Key to Abbott's Success

COVID-19 Testing is Needed on a Mass Scale