Sarah von Kampen has been around Abbott since high school. She's seen a lot. She's ready to see what's next.

Though she is just in her early 20s, Sarah von Kampen has spent, in part or in full, nearly one third of the years of her life at Abbott.

How can that be?

Well, it helps when you figure out you've been working toward helping others through STEM (science, technology, engineering and math) since you were a little kid.

When Corlis Murray, Abbott’s top engineer, first encountered von Kampen, she was a junior in high school applying for an internship that was for seniors only. And when those three recipients were announced, "Sarah von Kampen" was on the list. Off to Global Engineering Services (GES) for the summer she went. Who needs a tan?

Her next summer, before college, she came back for another internship, this time with Diagnostics. It didn't hurt that she'd graduated from a high school with a dedicated, four-year engineering program.

Through graduating with honors with her bachelor's in industrial engineering at Southern Illinois University at Edwardsville (Sarah notes, "Corlis played a huge part in helping me getting into that dream program."), she kept coming back to Abbott. And back. And back.

In total, she completed five internships from California (Medical Optics — yep, she's been around that long) to Columbus (Nutrition) and stops near her Lake County, Illinois, home with Diagnostics, Molecular and, of course, GES.

"I’ve been able to be part of a lot of different teams," Sarah said. "In Diagnostics, I did a little bit of R&D. In Medical Optics, I was in manufacturing."

While in California, Sarah helped solve a particularly vexing problem in manufacturing where, as the components were built manually, the process would literally hurt to the touch. She found a solution for production staff that not only took away the pain but also sped up the process. "I was able to trouble shoot with them and we were able to get out a lot more product," she said.

You might think she'd seen enough of Abbott by now. You'd be wrong.

Next Up: The World

At present, Sarah is in the middle of a three-year Professional Development Program (PDP). Her first year was another tour with GES. She's now a logistics supervisor with Nutrition. Next year, she’ll complete an international rotation.

"In Global Engineering Services, I was part of our energy strategy team to track and trend our CO2 emissions and determine best steps for moving forward. As a logistics supervisor, I ensure we get our products (Similac, Pedialyte, etc.) loaded and out the door in a timely manner," she said.

For her international rotation, she's game: "Anywhere Abbott can use me and needs me — I've never had a bad role — so I'm open to anything."

What a way to see the world of Abbott. And the world. 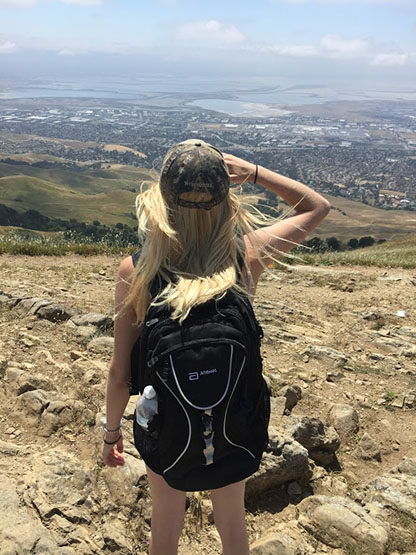 "Working Toward This Her Whole Life"

She remembers always being good at math and science from middle school. Which isn't to say it always came easy.

"There's times where it's definitely very difficult and it seems like it might not ever get any sunnier. When I'm able to solve the problems and find solutions and see the impact of my work at Abbott, it's so worth it."

Her father Kevin von Kampen remembers building a treehouse and Sarah being right there, helping with the design, carrying the lumber and swinging a hammer. Through it all, she keeps a constant attention to detail.

"She was all about logic, order, space arrangement, learning," Kevin said. "When she got going in high school, there was an engineering program (Project Lead The Way), she applied and was accepted. She's been working toward this her whole life."

While Sarah's best friend from childhood is also an engineer, they represent, to her experience, a bit of an anomaly, as women are proportionately underrepresented in STEM.

"It is pretty male dominant when I was interning and as well my classes in college," Sarah said. "However, I’ve been very blessed with different support systems to help me."

Top of the list, she credits Murray for taking an interest in her development from high school and setting a good example throughout.

"Corlis has been a huge role model and inspiration. She's given so many words of advice," Sarah said. "One thing I find so inspirational about her is servant leadership. While she's a leader, she's always giving back. She's always making sure that nobody is left behind."

Sarah von Kampen strives for the same. She certainly hasn’t been left behind. It helps when you get an early start. 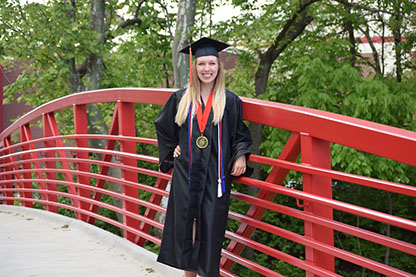