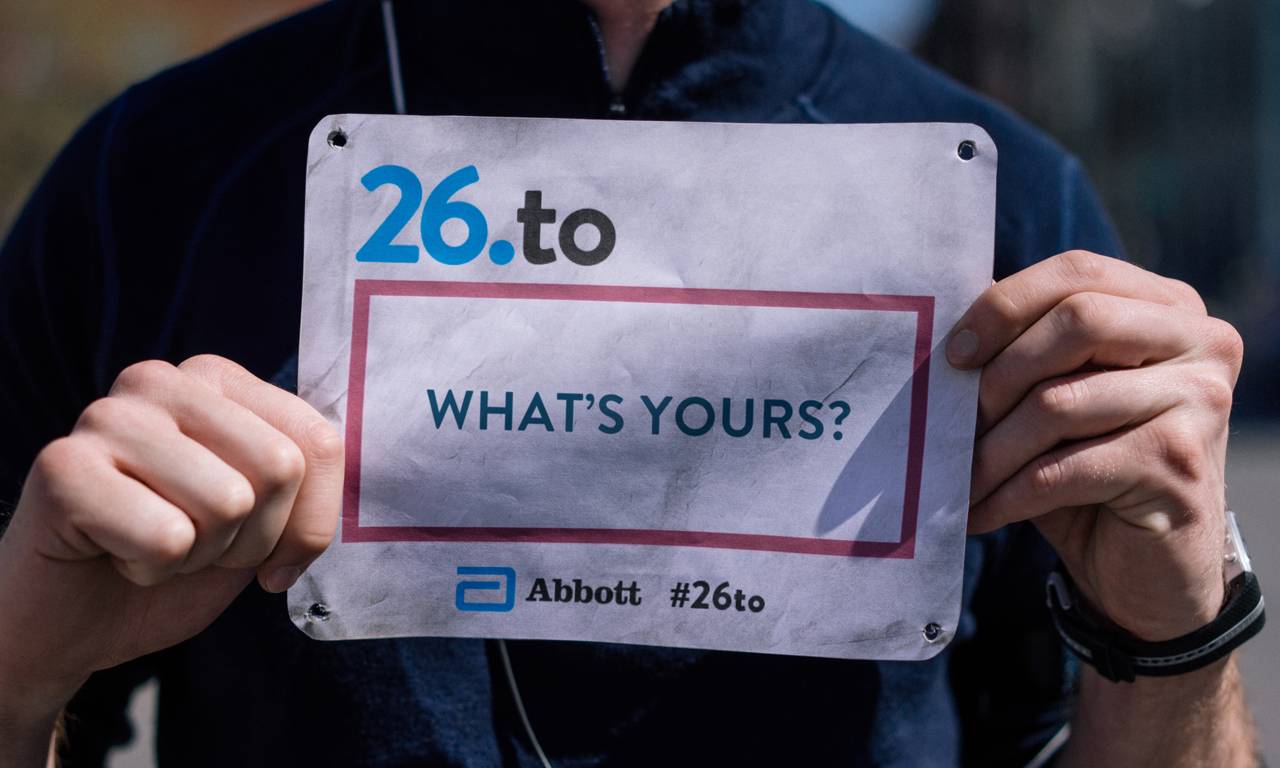 When we’re at our healthiest, we can do more, achieve more and experience more. Health opens up life’s possibilities and is the starting point for accomplishing our very best – our 26.to.

Here's a simple truth: marathoners are inspirational. Runners train for weeks, months, even years to prep their bodies and minds to tackle 26.2 miles. From the seasoned runner to the casual jogger, marathoners embody the idea that at our healthiest, there's no limit on what we can achieve. But marathons aren't just about performance. Yes, each one is a competition, no doubt, but there's more.

They're about the people.

There are those who run to compete and those who run simply to finish. Some are out there to get into shape, find their confidence or just be able to cross an item off their bucket list. Then there are those who don’t run at all — the families and friends who lend their tireless support, the fans who cheer on total strangers, the host cities that graciously give each race a home and the volunteers who put in the sweat equity to make it happen. Marathons are incredibly inspiring examples of human strength and passion.

More than 150 thousand runners from across the globe will participate in six of the largest and most renowned marathons in the world as part of the first-ever Abbott World Marathon Majors, a series that includes the Tokyo, Boston, Virgin Money London, BMW BERLIN, Bank of America Chicago and TCS New York City marathons. And throughout the Majors, we're making it our goal to uncover the inspirations that fuel both marathoners and their supporters.

Abbott will be on the ground at each race — and some of our employees will be running too — supporting the marathoners and cheerers alike. That's because we know that while running a marathon is an incredibly personal endeavor, it's ultimately about something bigger than 26.2 miles. It's about putting your all into accomplishing a sometimes unthinkable feat and putting your best out there — or coming together to support that endeavor. The same grit, spirit and determination that goes into training and completing a marathon can apply to so many aspects of life, athletic or otherwise. And that's worth celebrating.

This is about celebrating the power of health to open up life's possibilities. It doesn't matter if you're a first-timer who is happy just to cross the finish line, a seasoned marathoner aiming for a new personal best or a friendly face on the side of the course, cheering and handing out high-fives — you're a part of it. You're making a difference. And we want to know: What's your 26.to?

As we complete these six marathons over the next year, watch these pages, as well as our Facebook, Instagram and Twitter accounts as we showcase personal stories of 26.to from all over the world.

So get out there, and achieve your best, whatever your 26.to may be.