FreeStyle Libre 3 As Good As It Gets? ‘It's Dang Close’

How FreeStyle Libre 3 became the most advanced continuous glucose monitor we have ever produced.

It’s the 1960s and in Southern California, NBC — the recognized leader in some burgeoning technology called “color television” since a decade before — is the first of the Big Three national networks to broadcast its prime time lineup and news coverage in the full range of the rainbow, bringing its viewers the world in all of its vibrant palette.

Not surprisingly, data showed people watched more color TV than the once-standard grayscale of black-and-white TV. Color was just more engaging, so people spent more of their time with it. It’s technological development has continued to video instantly available at your fingertips, with screens that accurately and reliably show you the world. And with wide access, acceptance turned to expectation. Hard to imagine living as well without it.

A father has just come home from his day as an audio man at NBC’s studios in Burbank to find his son — a self-described tinkerer — building something new. This wasn’t unusual. His boy had been interested in technology since he was little.

It’s that interest that carried the son to UCLA, Brigham Young and Santa Clara universities for his education and, since completing his degrees, to the Bay Area for his life’s work.

Jean-Pierre Cole was that boy. He is now a father — grandfather — and Abbott research fellow who has helped develop our FreeStyle Libre continuous glucose monitoring system from the start.

Not surprisingly, data show people managing their diabetes with FreeStyle Libre take better care of their health than the once-standard fingerstick method. With its apps and your smart phone, FreeStyle Libre is just more engaging. It’s technological development has continued to FreeStyle Libre 3, the latest iteration at your fingertips, with screens that accurately and reliably show you how your glucose is trending. And with wide access, acceptance is turning to expectation. For people using FreeStyle Libre, it’s hard to imagine living as well without it.

And with Food and Drug Administration clearance in the U.S., we’re here now.

For people living with diabetes, it’s been no less revolutionary than seeing moving images on their television in color for the first time.

We caught up with Cole to learn a bit more about the man, a lot more about the technology and what brought us to this moment. Edited for length and clarity, the interview that follows will take you inside FreeStyle Libre 3 — It’s tight quarters in there! — to see how Cole and his teams have improved the technology over previous generations. 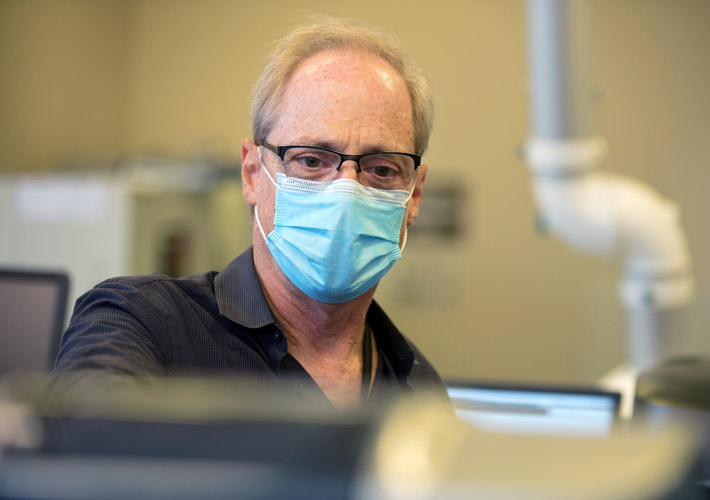 Abbott: Tell us a bit more about yourself.

Cole: My dad was a HAM radio operator, so I got interested in tech as a really young kid. He set me up with a lab in our den. I was constantly tinkering and building stuff. It was pretty obvious that I was going to become some kind of engineer.

How long have you been working on the FreeStyle Libre system.

The past 15 years, I’ve been with Abbott developing all of the diabetes products. It’s been really great.

What was the goal with FreeStyle 3? And how well does it meet those ambitions?

FreeStyle Libre 3 really is part of a progression of some of the things we wanted to do when we conceived the first FreeStyle Libre system. Some of them, we weren’t able to do back in that time.

It was always small, low-cost and easy to use. Fourteen days with FreeStyle Libre 2. But one of the things we really wanted to do back then was make it even easier to use.

And with Libre 3, now we’ve developed the technology so we have a smaller assembly inside the applicator that houses the sensor. It acts like a sensor container on a traditional Libre but it’s tiny and embedded inside the applicator. We sterilize that in our automated manufacturing process.

The end product is just a single little applicator that just opens up and goes on. There’s no assembly. It’s the smallest and easiest to use. 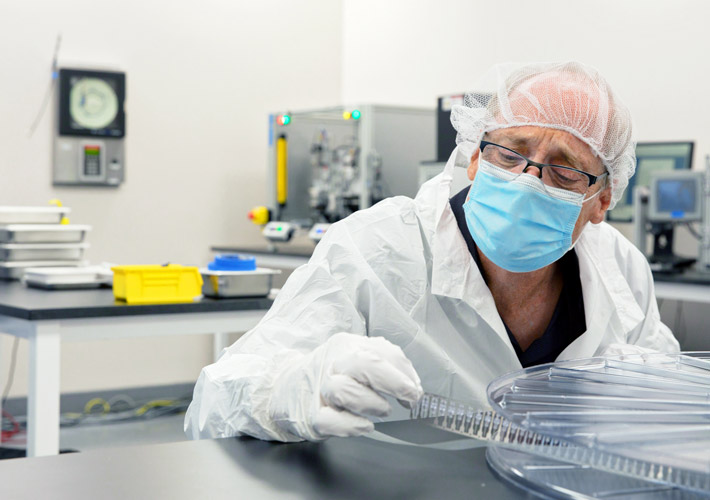 OK, so FreeStyle Libre 3 is the smallest. How much tighter did it get?

We set a goal for size to start. We ended up beating it.

It’s smaller than you intended at first?

Yep. We had a dedicated mechanical team, software team, electrical team. We had to know: How much room is there going to be for the battery? How much for the sensor? How much for the electronics? And you gotta make this tiny thing a few millimeters tall off the body. How do you make that connect to Bluetooth? The body is a big absorber of radio waves so it’s fairly tough to make it work.

Those constraints were so counter to each other.

But because we had one dedicated team, we just kept trading things off between each other, just going at it for those first months.

And you found the room you needed … minus a little, apparently.

That small size was not without big challenges?

Right. Since the beginning, the goal was to make it as small as we can. But now, with FreeStyle Libre 3, we’re combining the sensor with the applicator with the electronics. And I can tell you, we pushed it to the limit. We got it tinier than I thought possible. I think it’s pretty impressive for its size and it still has great Bluetooth performance and the same sensor performance as all of our Libres. All with the ease of a single piece. 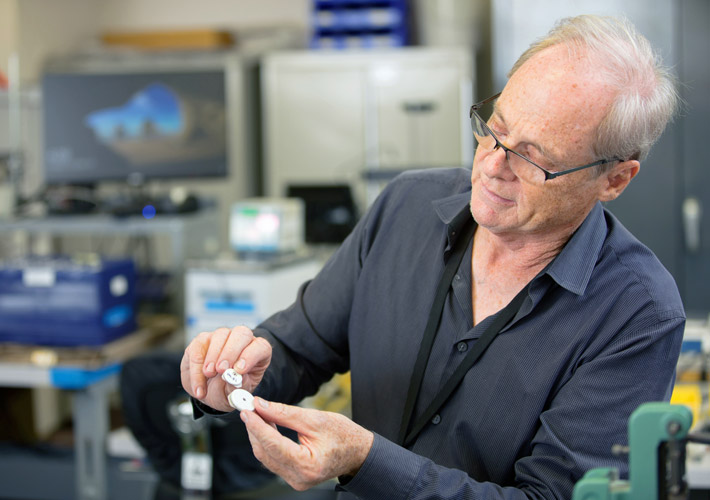 What about the Bluetooth and Wi-Fi signals?

The antenna. That’s another big part of the challenge. Antennas radiate when they are of a size that is appropriate for the frequency — so 2.4 GHz, which is what Wi-Fi and Bluetooth operate at — for optimal transmission and performance, they require an antenna that’s probably 6 inches long, roughly. The challenge of the design is to make the antenna as effective as possible given the size you’re cramming it into.

And for FreeStyle Libre, we have this power source in there, the battery has got a metal case and the metal case absorbs RF energy and makes it difficult too.

So we had to do a lot of 3D modeling to really perfect it. Just a lot of experimenting.

You’re able to get those parts together and keep it sterile though the manufacturing?

Yeah. Developing a small sterile sub-assembly that we can put together, sterilize it, and continue to assemble that and the rest of the product, and that’s the way we ended up going.

So that’s how you got the chicken inside the egg?

Exactly. That’s the novel part. It’s not typical to have a multi-faceted sterile barrier system like that. But we put a ton of effort to verify and prove it out. We figured it’d be challenged so we wanted to make sure we had every possible bit of data.

Small. Simple to use. Others benefits?

We saved on a ton1 of materials so we’re also greener with the product, which is important to us.

Is FreeStyle Libre 3 as good as is possible, at least as of now?

Failure to use FreeStyle Libre 2 system as instructed in labeling may result in missing a severe low or high glucose event and/or making a treatment decision, resulting in injury. If glucose alarms and readings do not match symptoms or expectations, use a fingerstick value from a blood glucose meter for treatment decisions. Seek medical attention when appropriate or contact Abbott at 855-632-8658 or FreeStyleLibre.us for safety info.

The product images are for illustrative purposes only.

The circular shape of the sensor housing, FreeStyle, Libre, and related brand marks are marks of Abbott. Other trademarks are the property of their respective owners.

No use of any Abbott trademark, trade name, or trade dress in this site may be made without prior written authorization of Abbott Laboratories, except to identify the product or services of the company.

This website and the information contained herein is intended for use by residents of the United States.

Failure to use FreeStyle Libre 3 system as instructed in labeling may result in missing a severe low or high glucose event and/or making a treatment decision, resulting in injury. If glucose alarms and readings do not match symptoms or expectations, use a fingerstick value from a blood glucose meter for treatment decisions. Seek medical attention when appropriate or contact Abbott at 855-632-8658 or FreeStyleLibre.us for safety info.