Very Serious and Fast: The Limits of Diabetes Discipline

He woke up that morning feeling like he had a cold coming on.

It was late May 2019 and Austin Dorrell had another busy day ahead of him as a communications professional working in New York City. His years of hard work and discipline were paying off. He had a great job, a great girlfriend and he was living in a great city. Things were…great.

Until the “cold” turned out to be something different.

Something he’d heard about but never experienced, or, frankly, expected.

Diabetic ketoacidosis (DKA) is not a condition with which most people are familiar. That’s because it primarily impacts people with type 1 diabetes and there is not a great deal of occasion to discuss it beyond the members of that community.

He Knew but He Didn’t Yet KNOW

But Dorrell certainly knew about DKA and had for years. He had been diagnosed with type 1 diabetes when he was just 4. He benefitted from over twenty years of attentive parenting, as well as a dedication to self-care, an upbringing designed to minimize the chance that this condition would ever be an issue.

He knew that DKA can occur when the body doesn’t have enough insulin  to allow blood sugar into cells for use as energy. Rather, the liver breaks down fat for fuel, a process that produces acids called ketones. Too many ketones produced too quickly can result in DKA episodes leading to emergency room visits, intensive care unit stays and even death. But as long as a person monitored their blood glucose levels, ate appropriately and paid close attention to potential warning signs, he thought, DKA should not be a problem.

“You have this preparedness baked into you,” Dorrell said. “At a very young age, I learned to consider what my body needs at all times and what will happen if I didn’t take care of my condition. I was kind of lucky that I was diagnosed when not too many of my life habits were well-established. I didn’t know any other way than eating a low-carb diet and making sure I was on top of my health.”

Also, he received the occasional reminder of the consequences if those good habits weren’t always in place. “I don’t feel, and have never felt, that I had diabetes conquered. While I hadn’t been hospitalized since I was nine, I learned that you’re going to feel pretty poorly and find yourself in a bad position if you aren’t well-prepared.”

The Benefits of Taking Care

Dorrell knew his good habits and close monitoring were his best chance at living the life that he wanted. “Because of how careful I was, there wasn’t a huge difference between my life and those of my friends.”

So much so that he competed at the high school varsity level in both basketball and golf. “I worked closely with my endocrinologist throughout and I was careful to consider that golf tournaments can last 4-6 hours. So I made sure my pump supplies were in my golf bag and that I had apple slices and sandwiches available. But it wasn’t really an issue because I was focused on being as careful as I could.”

Heading off to college meant new situations and challenges but Austin Dorrell was prepared and disciplined enough for even the most challenging cities. Four years later, and a week after graduating from University of Missouri, he had moved to New York City where new situations and challenges awaited. “I had to make adjustments like everyone does adapting to a new professional life, but diabetes added a few extra considerations: how am I handling my meals when my schedule changes every day; if my blood sugar is spiking and I have a meeting in 10 minutes, what do I do? Things like that.

“I just realized that I had to continue to adapt and I found that people I worked with were also willing to do things, like make sure that there were batteries in the office for my insulin pump or diet soda in the breakroom refrigerator. Ultimately, my health falls on me, but I have been blessed to work with people who are considerate and look out for me.” 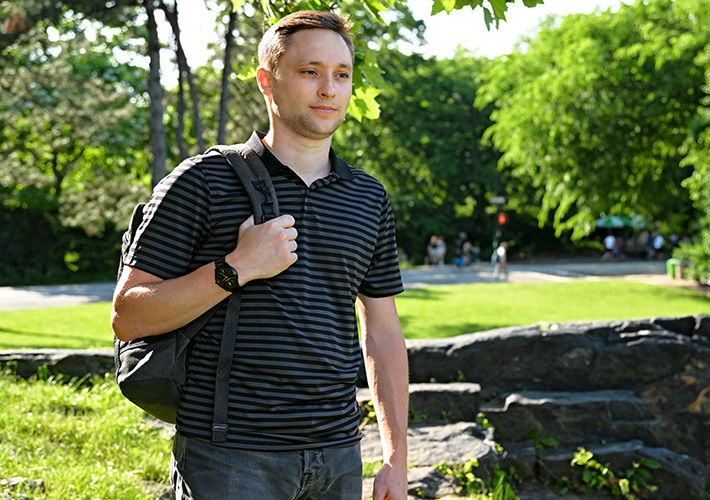 When a Cold Is Not a Cold

Then came that pesky “cold.”

“I woke up that morning not feeling great. Headache, slightly nauseous, but I had a busy day ahead, so I shrugged it off. The night before I had changed out my insulin pump, so everything there seemed ok. I tested myself that morning and had a reading of 135, which was near my upper range of normal, but still within it. I figured I would power through the day and do what I needed to do.

“I sequestered myself in a meeting room for about two hours when I started feeling worse. Completely exhausted. By lunchtime, I felt like I had to put my head down. Now it felt like the flu. It was pre-Covid, so I didn’t have that to worry about, but I was getting more nauseous, more tired and getting achy.

“I went straight to an urgent care center and told them I felt like I had the flu. As soon as the test came back negative, I asked them to take my blood sugar reading. It was almost 500. It had never been that high. As I was being told that number, I instinctively reached for my insulin pump and noticed immediately that the cannula was bent, so it was not in contact with the subcutaneous space it was designed to reach. The pump had not delivered insulin since the previous night,” Dorrell said.

“They couldn’t give me insulin at Urgent Care so I was taken by ambulance to the nearest emergency room, where they could. The nurses at the hospital knew a lot about DKA because they dealt with it all the time. I learned they saw patients who came in far too frequently with multiple episodes because even when told about how serious the condition was, and how to avoid it in the future, many didn’t listen.

“I think the assumption among the ER staff was that if you were having a DKA episode it was because you weren’t taking decent care of yourself. I felt embarrassed because I’ve always focused on my self-care. I even worried that my co-workers would think I’d gotten sick because I wasn’t being responsible enough.

“The danger of elevated ketones was something that was drilled into me very early. I knew about how to use ketone strips and how the darker they came back, the more serious the situation. I had used ketone strips a few times when I was little but by this time in my life, I didn’t even have them in my apartment because I didn’t think I’d need them, and they usually expired before you’d use them anyway.

“I thought ketone strips were for people who weren’t as careful as I was.”

“The Whole Thing Was Cascading…”

“While I was in the ER, feeling increasingly sick, vomiting into a bedpan and doubled over in pain, experiencing symptoms I’d never before had with diabetes, I realized that while I knew DKA was serious, I didn’t appreciate how serious,” Dorrell said. “The whole thing was cascading in a way that I had never experienced or expected. This was probably the only time I cried in front of my girlfriend. I was so freaked out.

“Laying there, not knowing what was happening, was the only time I’ve ever felt like I didn’t have a hold on my situation, like it was completely out of my hands. It was absolutely the sickest I have been in my life. I’d never before felt like my diabetes was getting the best of me, that I wasn’t able to care for myself.”

After spending many hours in the ER, Dorrell was admitted to the hospital before being discharged the next day. But his battle was not over. “Even after returning home, I couldn’t get out of bed because I was so exhausted.

“It took me about two weeks to get back to normal. My girlfriend told me a bunch of things that happened while I was in the hospital that I still can’t recall. One lasting effect of that episode was my desire to never be in a hospital situation like that again. I try to be even more diligent now than I was then.” 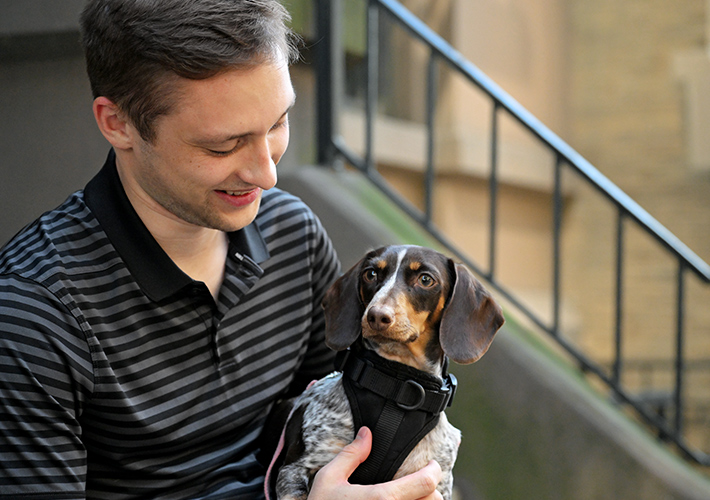 The Future of Ketone Monitoring

One vital component in heading off DKA is knowing that ketone values are increasing before ketoacidosis has become symptomatic. The technology that would track ketones, along with glucose, in a continuous monitoring device appears to be on the horizon. Abbott has announced the development of a novel continuous glucose-ketone monitor that would alert users when their ketone (and glucose) levels rise above a certain threshold.

“There is data to suggest that ketones rise before glucose does, which could give an earlier indicator that one is having a problem with insulin delivery. Ketone numbers below 0.6 do not rate attention and over 1.5 they are considered elevated.  One could get an indication when ketones are between 0.6 and 1.5 that the ketones are on their way to DKA before they would show up on a person’s glucose numbers.”

How important is monitoring equipment to Austin Dorrell, three years after suffering through the DKA episode he describes as, “the absolute sickest I’ve ever been in my life”?

“My monitoring equipment is vital to my ongoing care. It’s crucial to have fast, accurate results regarding glucose and ketone levels. Immediacy is the name of the game. Time is so important.”

Although he has many years battling diabetes already under his belt, Austin knows there is a lifetime of knowledge yet to be absorbed. “One thing I know is that no matter how in-control one may feel or seem, this could happen to anyone. I don’t think of myself as a model for people with diabetes, but I am always trying to improve my habits and understanding, and I know that one can easily go from twenty years of keeping things under control to the one day that DKA turns your world upside down.

“It can get very serious very fast.”