Testing As A Strategy To End The HIV Epidemic

It’s time to renew our global commitment to the fight against HIV.

The COVID-19 pandemic has disrupted HIV testing around the world and threatens to reverse the progress gained over the past three decades as many HIV testing and treatment resources were redirected to combat the pandemic.

Since 2010, new HIV infections have declined by more than 31% globally. And, of the estimated 37.7 million people currently living with HIV, more than 28.2 million of them are on antiretroviral therapy, reducing the chances of infecting others and helping them live heathier, longer lives.

This is all good news.

But global goals to reduce — and end — HIV are fast approaching. The Joint United Nations Programme on HIV/AIDS (UNAIDS) aims to diagnose 95% of all HIV-positive patients, provide antiretroviral therapy for 95% of those diagnosed and achieve viral suppression for 95% of those treated and end new HIV infections by 2030. Yet, an estimated 16% of HIV-positive people globally still don’t know their status.

As an important first step, we must re-engage as a global health community to quickly expand access to HIV testing and treatment outside of traditional healthcare settings, especially for key populations. 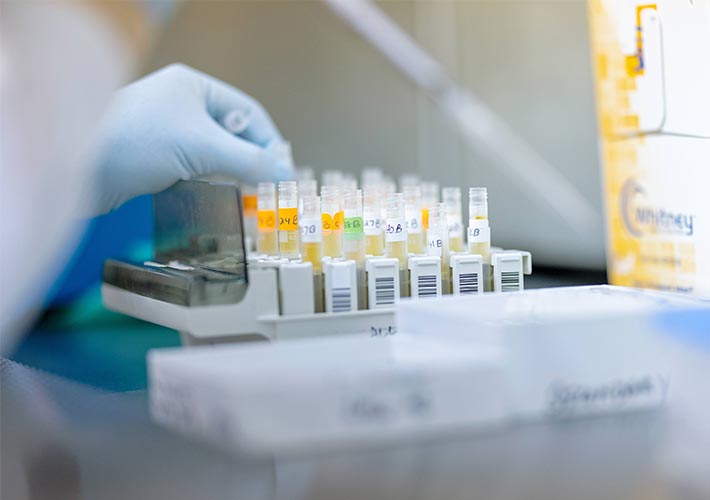 On the Front Lines of HIV

Abbott developed the first U.S. HIV test in 1985, and we’ve been tracking how HIV has evolved and changed with new strains with diagnostic tools ever since. Today, we offer more than 20 HIV tests globally across core lab and point of care that advance our ability to detect, monitor, and track HIV.

We also have a strong global surveillance network to monitor and track viruses. In 2021, Abbott scientists discovered a high prevalence of HIV controllers — a group of people living with controlled HIV without antiretroviral medications — in the Democratic Republic of Congo. This incredible group of people could hold the key to a cure. Also, we announced the finding of a new strain of HIV-1 subgroup M, subtype L, marking the first time a new “Group M” HIV subtype has been named since 2000. Abbott has since made the new sequence accessible to the research community to evaluate its impact to diagnostic testing, treatments, and potential vaccines.

Even with these important advances, there is still more work to be done.

Stigma and fear continue to exist around HIV, making it difficult to reach some of those affected by HIV.

Recently, Abbott launched Panbio HIV Self Test — a rapid point-of-care test for the detection of HIV-1 and HIV-2 antibodies from a fingerstick whole blood sample — in approved markets outside the U.S. A similar self-test called CheckNOW is available to governments and public health authorities outside the U.S. too.

Access to these fast, accurate self-tests is one major step toward making it easier for people to get health answers when and where they need them.

The Panbio HIV Self Test represents just a part of our broader focus on expanding access to high-quality, accurate at-home testing.

We believe that testing is more than just the test itself.

The entire testing process and experience — from finding the right test to providing information to understand what that result means and what to do next — is also our priority. Especially when it comes to our HIV self-tests, finding ways to connect test users with care and treatment is critical to reaching our goals of elimination.

It takes a community to combat infectious diseases. Together, we can regain progress in the fight against HIV with the help of testing.