He's Back on Track, His Spirit — and Heart — Intact

When a heart condition meant he needed a mechanical valve, Zeke Mankins didn't let it slow him down one little bit.

The Old Testament prophecies of Ezekiel 36:26 speak directly to the renewing testament of technology found in Zeke 56.15.

Both are blessings living in Ezekiel "Zeke" Mankins, Texas teenager and burgeoning track star, the adopted son of Christian missionaries Chad and Janeene.

They are eternally thankful he is here. We all are.

It hasn't always been easy.

Zeke, 13, is an athlete. From roaming fields and trails in a remote mountain village in Papua New Guinea — where, early in his life, his parents took their family to spread their word — to football in Texas where the Friday night lights are always brighter, he always had been active with his siblings (ages 16, 10 and 3) and friends.

The cause: A severely leaking mitral valve.

The cause of the cause: Asymptomatic strep throat and rheumatic fever combining to damage his mitral valve. He had inflammation around his heart. He had an enlarged left ventricle. He was in so much pain he had to sleep sitting up.

By then, it was too late for medication and natural healing to reverse the devastation to Zeke's heart.

"His whole heart problem just shocked us, took us off guard," Janeene told the Dallas-Fort Worth NBC affiliate.

His cardiologist, Dr. Alan Sing, and his surgeon, Dr. Robert Jaquiss, at Dallas Children's Hospital recommended that Zeke have a Masters mechanical heart valve put in to restore his heart's functioning.

"I just knew that God had a purpose and that I had to have that surgery," Zeke told the Dallas-Fort Worth CBS affiliate. 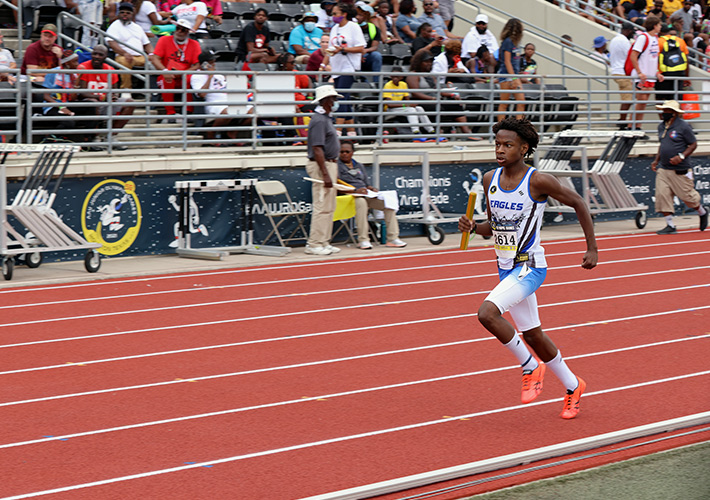 The timeline from that procedure … to him healing and getting back to full strength ("For six weeks, he couldn't do any activity," Janeene said.) … to really getting his legs under him … to competing at an elite level …

It all races by like Zeke on the track: A blur.

"He's not just running, he's running at an incredible level," Chad told Dallas Children's. "It's amazing to see how healthy he is and how strong he is, and that even after all he has gone through, he is able to keep up with the kids in his track club."

His new valve meant Zeke had to hand off his dream of being a football wide receiver — mechanical heart valves and contact sports don't mix — and pick up the baton handed him on the track.

He is soaring, setting his sights higher. As he has transitioned from football to track, he also has adjusted his dream of being a pilot from Air Force fighter jets to commercial airliners. When one cockpit closes, another cabin door opens.

"From the moment I first met Zeke, his positive attitude and resilience have been truly inspiring," Dr. Sing told Dallas Children's. "He has not let his heart condition limit his passions or dreams." 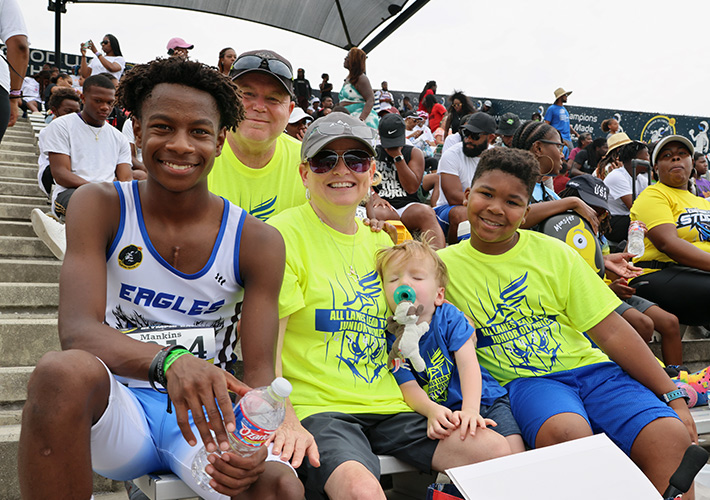 INDICATIONS
The SJM™ Masters Series Mechanical Heart Valve is intended for use as a replacement valve in patients with a diseased, damaged, or malfunctioning aortic or mitral heart valve. This device may also be used to replace a previously implanted prosthetic heart valve

- The valve has been dropped, damaged, or mishandled in any way
- The expiration date has elapsed.
- The tamper-evident container seal or inner/outer tray seals are damaged, broken or missing.

Any of these complications may require reoperation or explantation of the device.