Working Toward a Malaria-Free World

Malaria prevention and detection will be critical to eliminating the disease. Abbott's test to detect malaria and financial support to Malaria No More prove our commitment to the cause.

In many parts of the world, a mosquito bite is a mostly harmless part of a hot summer day. In others, it can mean the difference between good health and illness, between life and death.

Malaria killed 435,000 people worldwide in 2017, according to the World Health Organization. The WHO considers the disease a public health crisis, and has set a target to reduce global malaria incidence and mortality rates by at least 90% by 2030. Malaria prevention and detection will be critical to reaching that goal.

That's where Abbott is helping. 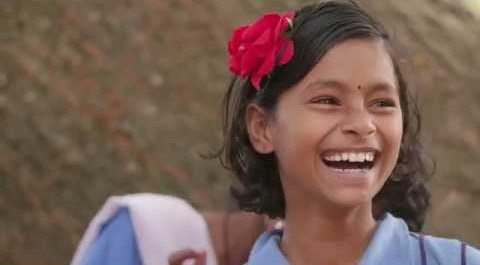 Elimination is Within Our Reach

A malaria-free world is an ambitious goal, but an achievable one. The disease is preventable and treatable, and data from the WHO shows that it can be eliminated with the right level of investment and commitment. But effectively combatting the disease hinges on preventing and detecting it, especially in rural areas that are difficult to reach.

Consider India. In 2015, Prime Minister Narendra Modi set a goal of eliminating malaria in India by 2030. Two years later, India — a country of some 1.3 billion people that has the fourth-highest malaria burden in the world — launched its five-year National Strategic Plan for Malaria Elimination.

Between 2016 and 2017, the country saw a 24% decrease in malaria cases. Much of this progress was driven by Odisha, a remote state in northeast India that in 2016 carried 40% of the country's malaria burden.

Elimination efforts, spurred by expanded distribution of mosquito bed nets, rapid diagnostic testing and treatment, helped reduce  the number of malaria cases by more than 80% in Odisha between 2017 and 2018. There's a long way to go still, but the progress made in Odisha serves as a model for the global fight.

Abbott is in a unique position to help that fight. That's why we're collaborating with the global advocacy non-profit group Malaria No More and the government of Odisha to provide medical supplies, technical expertise and funding to help eliminate the disease.

The SD BIOLINE test to detect malaria delivers results in 15 minutes, which enables health workers to accurately diagnose the disease. The tests also provide valuable data that can inform health officials' understanding of the disease's patterns and trends. Think of it as a surveillance system: With the data in hand, officials in Odisha can target disease control strategies to where they'll have the most impact.

Building a Road Map for a Malaria-Free India

In addition to the tests and training, Abbott has also earmarked $750,000 over three years to support Malaria No More's work with Odisha's National Vector Borne Disease Control Program. The hope is that Odisha's malaria-elimination strategy can serve as a road map as other Indian states develop elimination efforts.

These projects are helping make one bold dream a reality: A malaria-free India — indeed, a malaria-free world — can't happen without the support and advocacy of global organizations such as Malaria No More, which advance actionable, successful and sustainable strategies to end malaria for good. We believe in their purpose and their fight, and we're committed to joining them and other organizations in every way we can.