With her family's help and PediaSure Harvest, Eleanor Leiter "can do everything any other kid can," her mom says.

It's the end of another adventure-filled day in the never-boring life of Eleanor Leiter, a toddler soon to celebrate her third trip around the sun.

It's the kind of day that's included Eleanor pretending to share her snack with her toy, as well as time set aside for searching big sister Vivian's room for coveted playthings that are must-haves because, well, they're Vivian's.

Big sisters always have the best stuff, ask any 2-year-old.

And it's the kind of day that's included naps and fun and frustrations — all that comes with a human very much in the twos — every parent knows.

And then, a kind of communion, because while Eleanor has had plenty available to eat, she likely may not have eaten much — if anything — all day.

And so it begins:

"She gets a pump feed after she goes to bed," mom Christy said. "I usually run that over the course of 45 minutes or an hour. But that's pretty much all she gets right now. She gets two of the cartons of PediaSure Harvest in her tube." 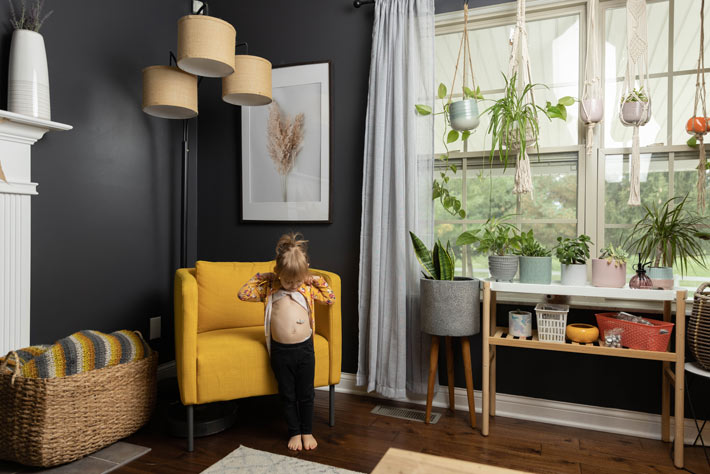 "What Are We Going to Do If She Doesn't Eat?"
Christy and Mark Leiter have been married for more than a decade. In addition to Vivian, 7, and Eleanor, 2 going 3, their family includes four-legged friends Finley — who's 10 — and Scout, not quite a year old, a pup who has rarely met anything — including Eleanor’s shoes and all those great toys in both girls' rooms — that he didn’t find appetizing.

While Vivian was a preemie, Eleanor was delivered full term. Still, early on, Eleanor showed signs that her development wasn’t progressing as expected.

"When she was about 6 or 7 months old, she still was not rolling over or sitting up," Christy said. "She just hated tummy time. She was just super weak."

A trip to her pediatrician led to a neurologist. And specialists. And testing. So much testing.

An MRI of her brain. A blood test for muscular dystrophy. Micro array. Genetics testing for any underlying issues that might be revealing themselves just now.

While results were sometimes slow to come, physical and occupational therapies were the initial prescriptions. The most pressing issue was her appetite.

"When she was about 10 or 11 months old, she was still just breast feeding at the time and wasn't really eating anything," Christy said. "I went back to her pediatrician: 'She's not eating and I feel like something is ... I don't know.'

"What are we going to do if she doesn't eat?"

More referrals, more doctors. Eleanor's first birthday came with an entourage beyond her family. Experts at the Pediatric Feeding Clinic at Nationwide Children’s Hospital in Columbus, Ohio, made their assessment: "She's failure to thrive. She's extremely malnourished. She needs to get a feeding tube," Christy said.

An NG tube through her nose went in for the first days at the hospital. Now, Eleanor has "a G tube, which is the hole in her stomach, a little button," Christy said.

She hadn't, of course. But for all they knew and were learning, they still didn't have their why.

And then they did: Chung-Jansen Syndrome. 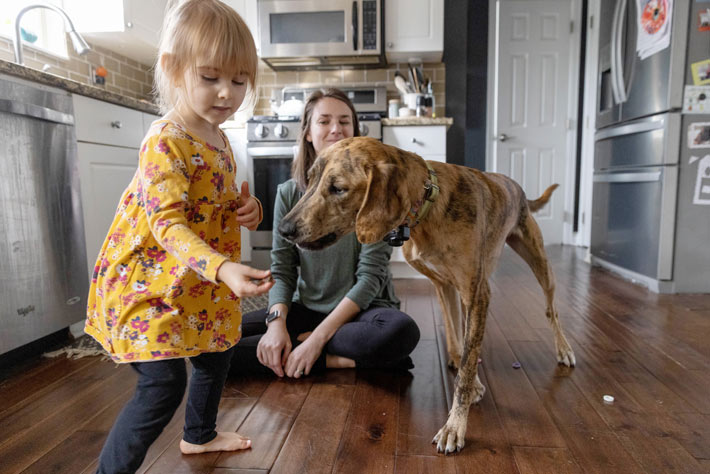 "Everything Just Started To Make Sense"
Here's how the National Institutes of Health (NIH) describe Chung-Jansen: "A rare condition caused by a change in the pleckstrin homology domain-interacting protein (PHIP) gene. ... This gene plays an important role in several processes linked to brain and nervous system development. The PHIP gene is also involved in regulating insulin in nervous tissues."

No, Christy hadn't failed Eleanor. It was genetic, Eleanor's condition inherited. That genetics testing had given them their why.

And now they had their how.

In Eleanor, Chung-Jansen has surfaced in myriad ways, including her ability to eat. Her parents took solace in at least understanding what was happening inside their baby girl.

"So once we got the answers, everything just started to make sense," Christy said. "I did join a couple of the Chung-Jansen pages. Seeing what other people posted about their kids or their adult kids, they all pretty much experienced almost the same issues that we had when she was a baby. And now." 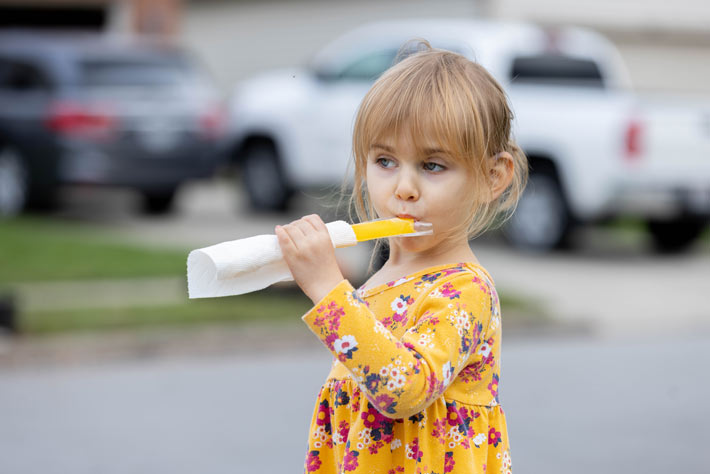 Through the Ups and Downs, PediaSure
Christy is quick to make clear that while Eleanor has special needs, "she can do everything any other kid can," including being a part-time annoyance as her big sister's shadow.

Still, like every growing kid, her nourishment is crucial to her growth. That’s a real challenge.

"It's really tough," Christy said. "She doesn't have low tone in her mouth. She's never had an issue with drooling. She's never choked or aspirated or anything like that. It's really just getting her to eat in volume and enough that can sustain her. It really does go in waves. Somedays, I can get her to eat a couple bites. Other days, she does really great."

Throughout those ups and downs, PediaSure always has been there for Eleanor.

"At the start of her tube-feeding journey, she was on the PediaSure," Christy said.

She's now depending on PediaSure Harvest, the only tube feeding formula that is not only made with organic fruits and vegetables such as pureed mango, spinach, pumpkin, banana, and organic carrot juice concentrate but also has a convenient, re-closeable cap."

"We can see it’s better," for Eleanor, Christy said. "It was so much easier when it came to just putting it in her pump or in her bolus feeds or just transporting it in general."

And a real bonus, from someone who knows: "There was no smell" like you can get some with some real-food blends, Christy said. 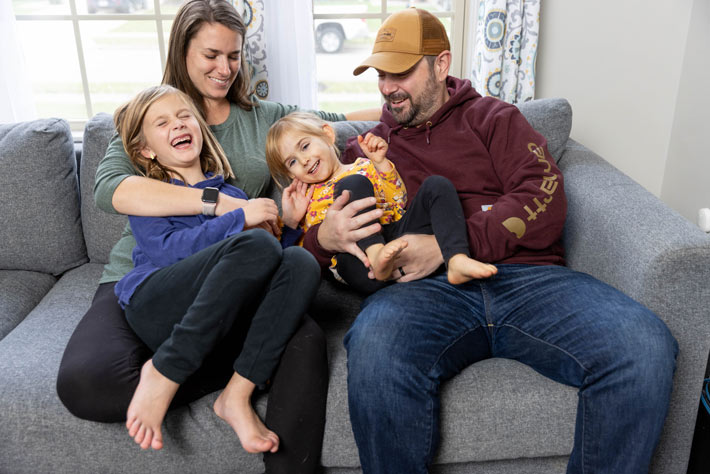 Empowering Eleanor, Helping Others
Before the COVID-19 pandemic turned the world upside down, Christy was a working photographer after earning her bachelor's from Ohio State.

Just as she sought out more information and first-hand experiences from others who were living with Chung-Jansen in their lives, Christy has put her video expertise to work sharing Eleanor's life and all they've learned — and continue to learn — through her YouTube channel Empowering Eleanor.

"I just had somebody reach out yesterday saying, 'My mom is fostering this 3-year-old who just got diagnosed with this. I found your YouTube channel, I wanted to reach out and ask questions if you're comfortable with that?' " Christy said. "And that is the whole reason why I made our YouTube channel so other people can reach out and we can help each other."

When she can get some quiet, Christy soaks it in. The better to prepared for another day, another month, another trip around the sun as Eleanor grows.

Because it will be bedtime again soon enough. And it will all begin anew: