Decades before #ILookLikeAnEngineer, Abbott paved the way for a non-profit dedicated to diversity in STEM

Remember this? A few years ago, a young software engineer was featured in a recruiting advertisement, only to be accused of not being an actual engineer. Frustrated with the assertion, Isis Wenger started a movement to break the stereotype of what an engineer should look like.

In just the first few weeks, 86,000 people tweeted with the hashtag – with thousands more following suit over the next several years, including today. 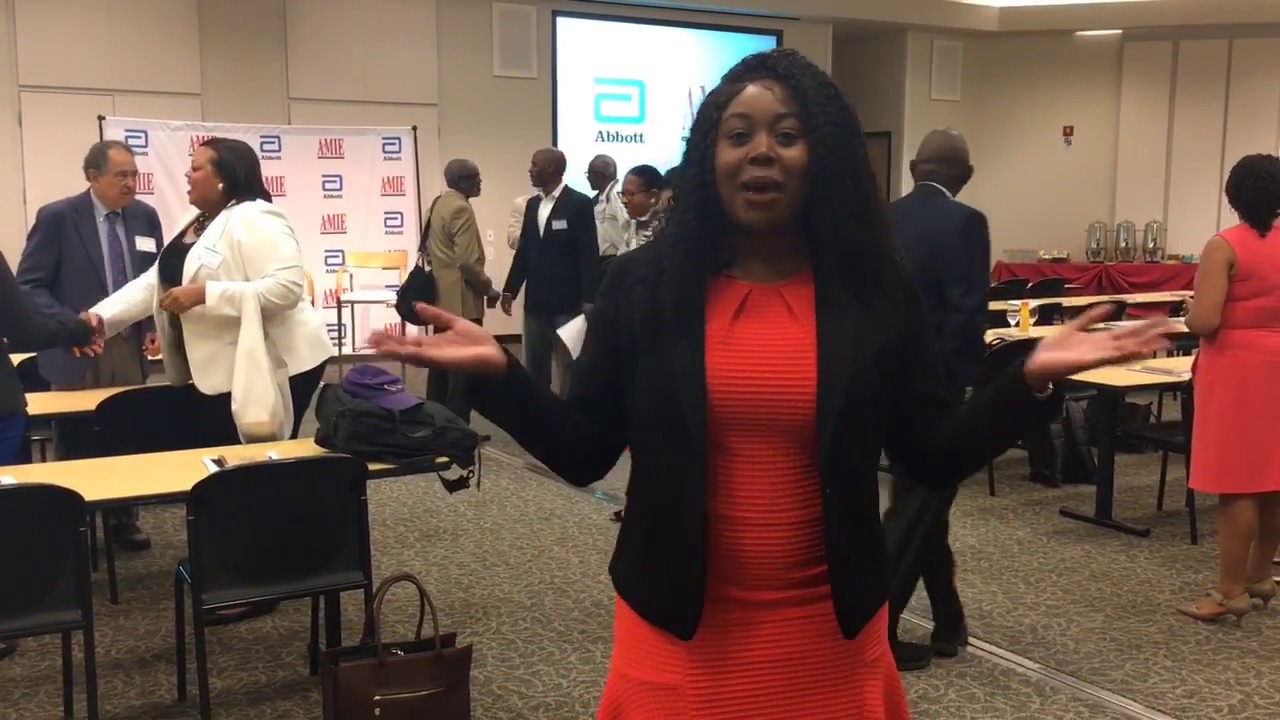 Twenty-five years ago, it was a different story. Twitter – social media all together – did not exist. Hashtags were not a thing. And while the conversation around equality, diversity and the sustainable development of minorities in STEM had started, it was far from as widespread as it is today.

But even then, Abbott’s leadership recognized diversity as a competitive advantage. We didn’t need a hashtag to tell us it was important – and that’s why Dan Struble, the vice president of the Corporate Engineering division at the time, listened when one of his employees, a young African-American man named Marlo Hicks, scheduled time with him and suggested the impact Abbott could have if it partnered with Historically Black Colleges and Universities (HBCUs).

"We had a good conversation where he laid out the issue very clearly, for the engineering industry overall," Struble said. "He told me the root of the problem was African-American students didn’t choose to pursue engineering degrees – they didn't view that as a realistic possibility. I recognized that Abbott and other corporations could actually make a difference, so we set about to do just that."

Struble started making phone calls, which led to the dean of Howard University’s engineering school at the time, Lucius Walker, inviting him to his school to have some in-depth conversations about what they could partner on. Walker and Struble together agreed that it wasn’t just about donating money for scholarships – it was about actions.

It was about heart. 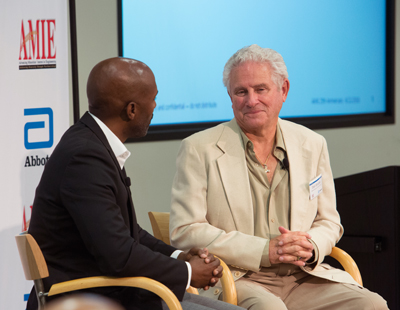 Dan Struble (right) talks to Everett Tucker, Divisional Vice President of Operations Strategy for Abbott’s Diagnostics business, during AMIE’s meeting at Abbott Park. Everett is a board member of AMIE. 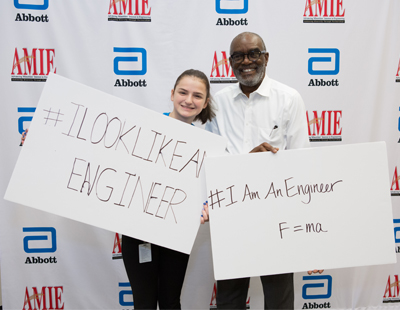 Abbott high school engineering intern Maddie Mullen poses with an AMIE board member at the group’s annual board meeting.

In a matter of months, those conversations led to Struble – with a big assist from his assistant at the time, Marty Butler – rounding up representatives from 65 companies, most of them part of the Fortune 100 at the time, to meet with the engineering deans of several HBCUs. What resulted was the official formation of Advancing Minorities’ Interest in Engineering (AMIE), a non-profit organization, which this year celebrates its 25th anniversary.

AMIE brings together engineering deans of these colleges and universities, science- and engineering-based companies, and government, to shape curriculum at schools to help increase the chances of success in the corporate world, to help companies find bright, talented African-American engineers to hire, and to encourage minorities to pursue engineering at all.

"I handed on the baton as a representative for AMIE when I retired from Abbott," Struble said, who still lives in the Chicago suburbs. "I couldn’t be more proud of how the group has remained true to its roots, helping to make a tangible difference for so many young people – while still recognizing today that there’s much left to do."

Abbott does other things, too, to advance minorities in the fields of engineering, including supporting a high school STEM internship program that selects students from schools that are diverse in 10 markets where it operates (about half of the program are minorities and two-thirds are young women). The company also invests in STEM programs and initiatives for children all around the world.

Story: Calling All Girls: Science Needs You
Story: When Investing in the Future Gets Personal
Story: Inspiring Tomorrow's Innovators
Story: From Tour Guide to DVP: Investing in Our People