Leading in the Lab with Technical and Managerial Excellence

Deborah Brown’s experience as a laboratory scientist has helped her solve the equation for leadership success – convey technical know-how with a sense of purpose to support team engagement.

Brown joined Abbott in early March 2020 as the senior director for Abbott Toxicology. Despite taking on the challenge of a new job at the beginning of a pandemic, Brown hit the ground running. She is credited with improving customer service, expanding lab operational capacity, and developing the first models providing a benchmark to assess lab performance.

“My primary focus has been to harmonize our toxicology labs in the U.S.,” Brown said. “We’re constantly looking at ways to ensure we drive improvement and strengthen our operational efficiencies.”

Her performance since joining Abbott resulted in her winning the 2021 Women of Color STEM Award in the Managerial Leadership category, which focuses on people and product management. The awards are presented to the nation’s most innovative STEM leaders from Fortune 500 companies, government entities and universities. Brown’s technical and managerial accomplishments underscore her integrated approach to building and leading teams, as well as equipping them to solve complex challenges.

No Stranger to Big Changes

Brown was born and raised in Guyana, earning an associate degree in medical technology, and started her career there before coming to the U.S. to attend Luther University in Iowa.

“It was a huge change for me, coming from a tropical country in South America to the Midwest of the United States — a lot of firsts there,” she said, noting that she came only with the allowable limit of $250 cash.

“Even though I had a scholarship, it wasn’t enough for boarding, so I stayed with a family on a farm. I experienced winter for the first time, and there were different menus and culture,” Brown said. “However, the experience taught me to focus on a goal and to take advantage of opportunities as they became available. I was motivated to learn as much as I could. Failure was not an option, because you don’t get that kind of opportunity to come to the U.S. from where I come from and then not be successful.”

An internship at Mayo Clinic in Minnesota, which she had while working toward her bachelor’s degree in biology at Luther, was one of her early career highlights. Besides new weather and food, Brown also experienced cultural differences, especially as a Black woman in science.

“I had my formative years in Guyana, so I was almost fully baked when I left,” she said. “I saw a lot of people like myself (in Guyana) who are successful in science. Transitioning to the U.S., the dynamics were a little different because there were fewer women in senior lab roles.”

Years of often being the “only” — woman, Black woman or Black woman from South America — motivated Brown to always be prepared for the next step. Often that meant saying “yes” to additional training and certifications or volunteering for projects. She credits those opportunities and experiences with setting her up for success as a leader and mentor.

Brown said four main points guide her leadership style: Agility, self-awareness, empathy, and accountability. She learned agility as part of her move to the U.S. and tapped into self-awareness as her bigger jobs meant fewer people would tell her what she needed to hear. Empathy as a leader was a less-direct path.

“What happens in people’s personal lives does impact their work, so as leaders we have to take that into consideration,” Brown said. “Having empathy and learning about your co-workers on a personal level lets you lean into their strengths and what they’re passionate about.”

As for accountability, “I hold myself accountable for the things that I'm responsible for, and for my team, it's very important for us to be relied upon to deliver on our commitments,” she said.

Agility and empathy were essential when Brown joined Abbott amidst a pandemic.

“I had to meet people virtually and make connections quickly,” Brown said. “The teams came together in such a powerful way. Our focus was being able to provide testing to long-term care facilities so they could bring their employees back to work safely.”

“Knowing their work was helping to protect the most vulnerable in society united the lab team and gave them a deep sense of purpose,” Brown said.

“I think that made everyone really jell. We all put in a lot of long, grueling hours to get the things we had to do across the line. I saw the organization come together and it fast-tracked my assimilation with the team.”

Brown connects with individuals on her team, and she looks forward to serving as a mentor at Abbott.

“Connecting on a one-on-one basis isn’t just to follow up on day-to-day operations but to understand where they want to go and help them see what I see in them,” she said.

Just as she knew success was the only option when she left Guyana, Brown knew when she joined Abbott’s lab operations that success was the only option. Her technical know-how, managerial aptitude and focus on lab process improvements not only earned her the Women of Color STEM Award, but also helped make the Abbott lab team better able to handle the demands of the pandemic and beyond. 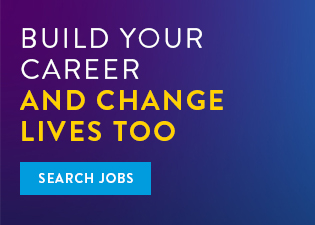