Hepatitis is Testing Us. We Will Not Fail.

Most Hep B and C infections have no symptoms. Unnoticed, chronic infection can lead to liver cancer. Better testing can help. That’s our job.

You may know hepatitis B and C (HBV and HCV) are serious viral infections that can damage the liver and lead to liver cancer.

But did you know that most people with HBV and HCV aren’t aware that they are infected?

Because so many living with chronic HBV and HCV show so few signs of infection, these conditions may go unnoticed for decades, often until permanent damage has been done to the liver.

How can you detect viruses that rarely, outwardly show their faces?

It all starts with diagnostic tools that pinpoint the infections.

Hepatitis B and C are far more common than many people think. Around the world, approximately 257 million people are living with chronic HBV infection and 71 million people are living with chronic HCV infection.  A significant number of those will develop chronic liver damage (also called cirrhosis) or potentially liver cancer.

There is good news.

Making the WHO 2030 Goal Possible

Our Arsenal of Diagnostic Tools for Eliminating the Epidemic

According to the WHO, chronic HBV infection is diagnosed when the hepatitis B surface antigen, HBsAg, is persistent for at least six months. The persistence of HBsAg suggests there’s a risk for developing chronic liver disease and liver cancer later in life.

We have a range of hepatitis tests that can be used in several different settings – from remote areas in Africa to managing treatments in large cities in the U.S. and Europe. We recently received CE Mark for the world’s most sensitive and easy-to-use hepatitis B rapid diagnostic test. We also have a hepatitis C rapid test that can be used as a screening tool to identify people who have been exposed to the virus plus a molecular viral load and core lab antigen tests for confirmation. These tests may help make linkage to treatment and care more accessible for millions of people living with hepatitis.

Eliminating Hepatitis as a Public Health Threat: What You Need to Know

Because HBV and HCV are often silent infections, the most important step in the battle against this epidemic is being tested to learn if you have been infected with these viruses. Ask your doctor if getting tested is right for you. Detection and treatment make it possible to achieve the WHO goals for eliminating HBV and HCV by 2030. 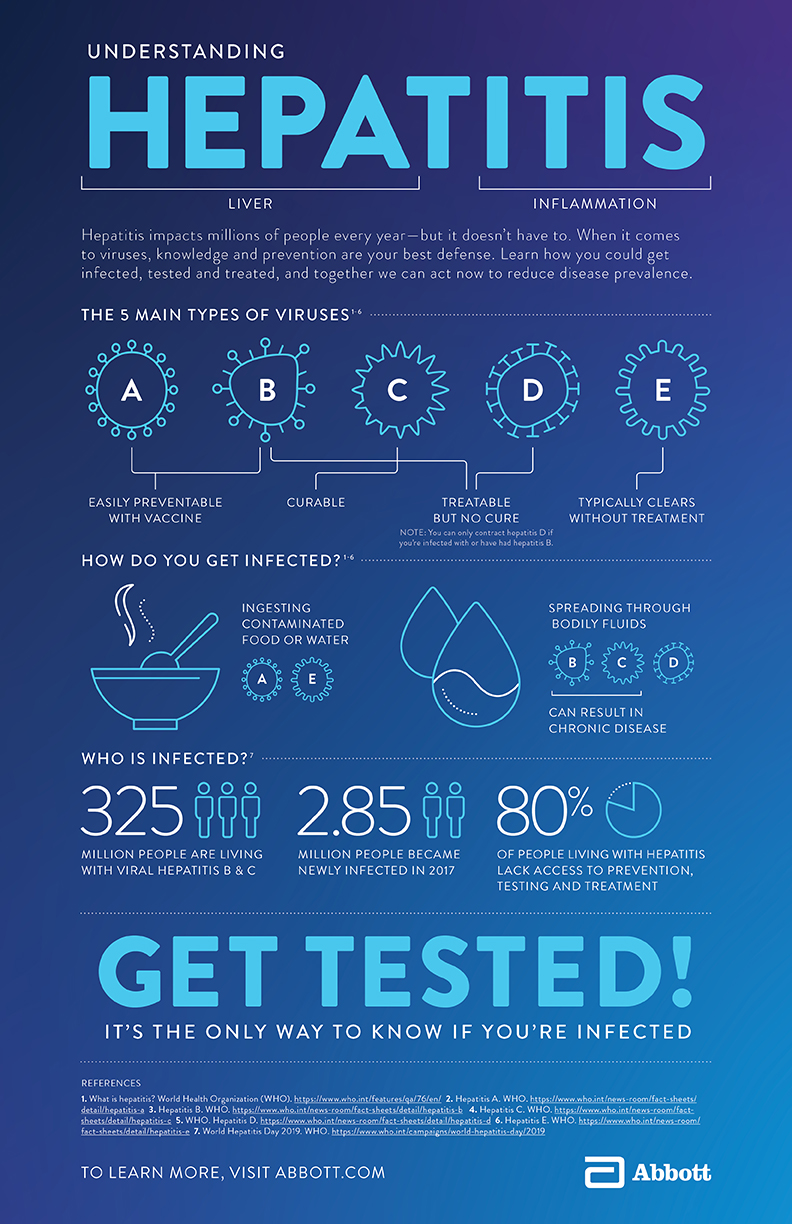