How One Act Can Save Three Lives

That's the day his 9-year-old son Brian was diagnosed with leukemia.

At first, Mike and his wife Jo Anne thought the fourth grader just had a cold. "Brian wasn't feeling great, and he was wheezing," said Mike. They took him to their family physician, who ordered blood work.

"That night, we got a call from the hospital. They said, 'You need to bring him in right away.' The oncology group was there waiting for us," Mike recalled.

It was every parent's worst fear. 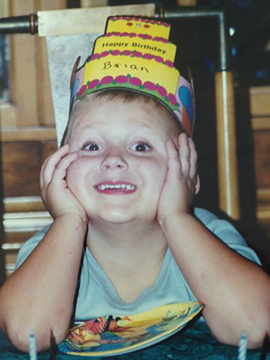 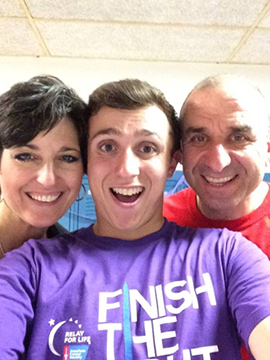 Brian was diagnosed with a fast-growing cancer called T-cell acute lymphoblastic leukemia (T-ALL). "That was when everything changed," Mike said. "It was a life-altering moment."

First, Brian's doctors needed to treat a large mass that had formed in his chest. Once they eliminated that threat, the Rubin family embraced their "new normal," which included more than three years of treatment for Brian, including chemotherapy, radiation therapy and at least a dozen transfusions of multiple platelets.

"Once you realize the doctor is ordering platelets for your child, it hits you. If people don't donate, those in need are going to die," Mike said. "It's pretty simple."

Fast forward to today. Brian is cancer-free and just graduated from the University of Delaware. He’ll be starting a career in computer science in July.

That's why this year's Father's Day has taken on a special meaning for Mike. "The other day, we were having dinner, and Brian said to his mother and me, 'Thank you. The last four years have been the best of my life.' As a parent, you try not to get too teary eyed or emotional, but it was a real special moment."

"There are so many people that are going through worse than I was," Brian said. "I learned to be grateful for everything."

Brian's experience has inspired the Rubin family to spread the word about the importance of donating blood. Mike has donated more than 65 times. And Brian and his brother Jonathan have taken the lead in organizing blood drives and speaking at local high schools to encourage young adults to donate regularly.

"It's one of the easiest things you can do to make a difference," Brian said. "You're not only saving one life; you're saving up to three lives."

Brian encourages his friends to just give it a try. "When people say, 'I hear it hurts or I don't like needles or I have to go to sports practice,' I tell them it doesn't take that long and it's not that hard. At the end of the day, a pinch of a needle isn't the end of the world."

"I'm a big believer you get what you give in life," Mike added. "I have a bumper sticker on my car and I tell everyone: Be a hero. Save a life. Donate."

Learn How You Can Help

Every two seconds in the United States, someone like Brian needs blood. Modern medicine can't happen without a full supply of safe blood on hand at hospitals and other care centers, ready to go.

That's why Abbott has made it a priority to help increase the number of blood and plasma donors.

Check out these resources for additional information about blood and blood donation: