Abbott is working to bring meaningful innovation to Latin America, the third-largest economy in the world.

Did you know that the Latin American region has the third largest economy in the world by GDP with a healthcare expenditure comparable to that of China or India?1 Made up of dozens of countries, Latin America is home to 500 million residents.

The increased focus on healthcare in Latin America is primarily driven by rising populations, a growing middle class with increasing disposable income, and high demand for quality healthcare products. And, it's predicted that markets in the region will continue to grow. For example, the total pharmaceutical market in Latin America, excluding Venezuela, is estimated to grow one-and-a-half times faster than developed markets over the coming years, reaching $50 billion by 2018.2

Abbott has a rich history in Latin America, specifically through its branded pharmaceuticals business. Our significant manufacturing, innovation and development presence throughout the region has allowed us to bring meaningful innovation to emerging markets to help people live healthier, fuller lives. Click to learn more. 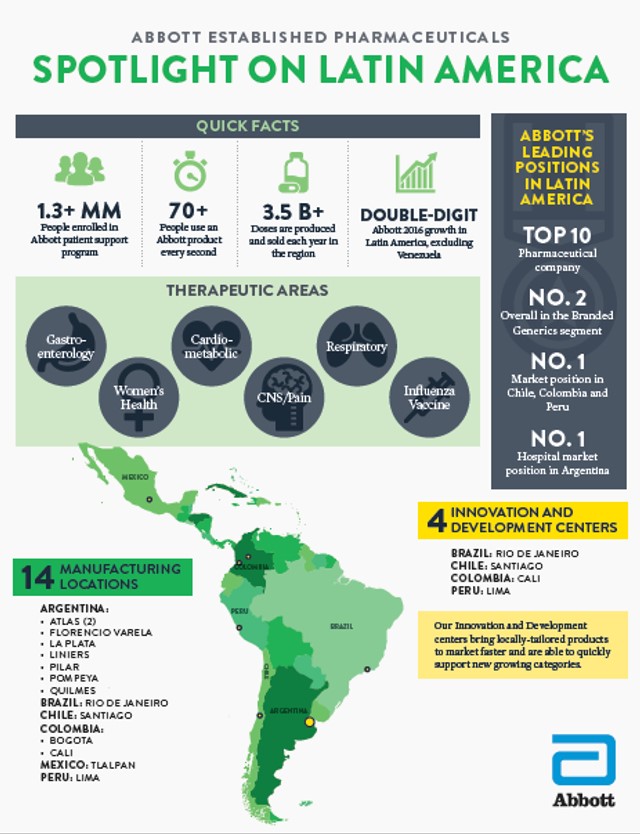 Fast Facts: Did you know...