Abbott, a Boston Marathon sponsor, was on hand to cheer thousands through chilly weather and across the finish line.

Imagine, you've just run 20 miles, your heart is pumping and your tired calves feel like jelly. You're ready for the end of the race, and then you meet it – "Heartbreak Hill"...

More than 30,000 runners from all over the world tackled the Boston Marathon race course on April 20 and pushed themselves up this legendary incline towards the end of the race. How'd they do it? For many, mastering this iconic 26.2 mile course was the culmination of months of training and preparation. It was a demonstration of resilience, a testament to what's possible with good health.

At Abbott, we celebrate what people can achieve when they’re at their healthiest. Marathons demonstrate the power of health. They are inspiring not only to the runners who lace up their sneakers on race day, but also to the people who turn out to cheer along the course. Abbott team members and their families were among the hundreds of thousands of spectators that lined the streets of Boston to encourage the participants along this famous race course.

Here are some of our favorite Boston Marathon moments: 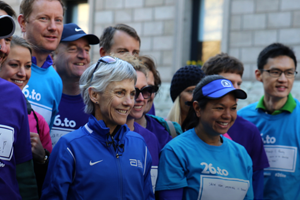 Two-time Boston Marathon winner Joan Benoit Samuelson walked the last mile of the course with a group of our employees before they ran the race. One of her tips? “Run your own race. It's your story, go out and tell it." 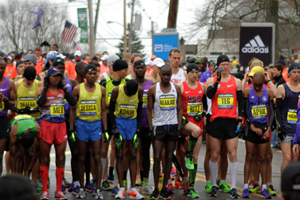 Approximately 30,000 participants line up at the starting line of the Boston Marathon. 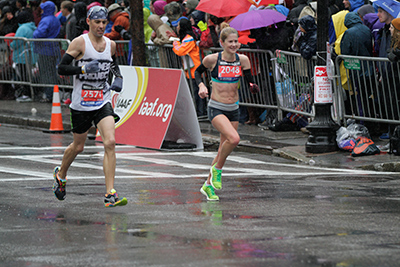 Marathon runners push through the puddles and race toward the finish line. 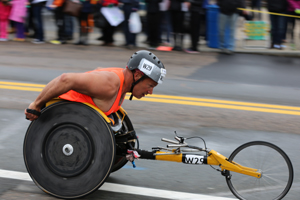 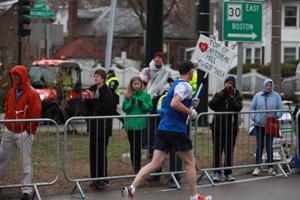 Even in the rain, supporters were out at "Heartbreak Hill," one of the most challenging parts of the Boston Marathon course. 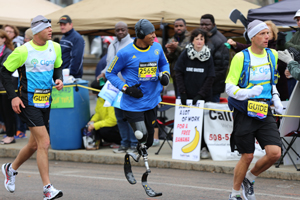 A runner flashes a smile along the course. 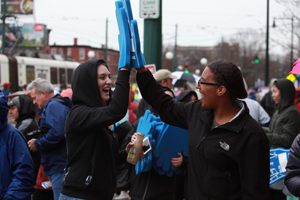 Two fans celebrate despite the chilly, rainy conditions in Boston. 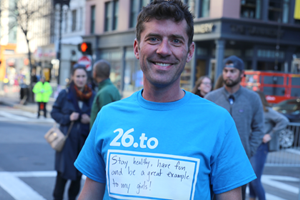 Abbott employee John Konforst shares his 26.to "stay healthy, have fun and be a great example for my girls!"

During the days leading up to the race, we asked marathoners and their supporters to share the reasons why they’ve made marathons part of their lives. What do these 26.to miles mean to them? The answers differed, but all were inspiring. From first-timers excited to cross the finish line to seasoned marathoners aiming for new personal bests. Many were participating to honor a friend or family member. Our questions didn't end in Boston; we want to ask everyone who's training for a marathon: What's your 26.to?

We're also working closely with the medics striving to keep runners healthy during the races. Along the course in Boston, Abbott provided i-STAT systems, handheld blood analyzers that perform commonly ordered blood tests within minutes. The Boston Marathon medical staff was able to administer care on the course thanks in part to i-STAT, which can perform tests to check heart function or monitor for physical exertion, including dehydration.

It was amazing to witness runners of all ages from across the world come together to challenge themselves in Boston, and inspire all of us. We were happy to motivate them along the way. Next up, we'll be cheering on runners in London on April 26.

Want to learn more about what goes on behind the scenes at the Boston Marathon? Click here.

For more information about Abbott's partnership with the Boston Marathon and sponsorship of the Abbott World Marathon Majors.