Exploring in childhood can lead to a fulfilling career in adulthood.

Just ask our scientists and engineers who recently volunteered their time, talents and energies at a STEM (Science, Technology, Engineering and Math) camp for girls.

To "help bring science and engineering to life through hands-on experiences that are interactive and fun," said John Frels, vice president of research and development for Abbott's diagnostics business.

And that’s exactly what they did.

For the second year, nearly 40 Abbott volunteers shared their passion for, and expertise in, science and engineering with local youth as part of the iBIO Institute’s STEM Girls Summer Camp. The Institute’s EDUCATE Center – which hosted the week-long event – aims to inspire the next generation of innovators through industry-led STEM programs for teachers and students. Abbott was a sponsor of the camp, which took place near our company headquarters in Waukegan, Ill. 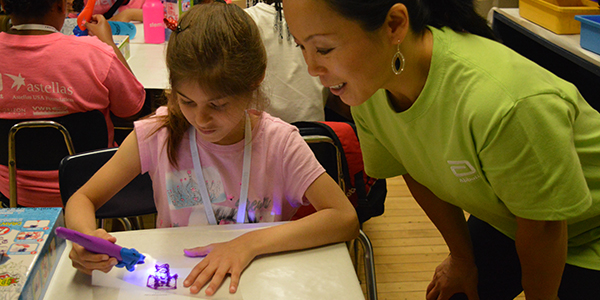 Thanks to our volunteers, more than 125 young girls in grades 3 through 8 had the chance to participate in Abbott-developed STEM activities. The students learned about:

On the final day of the camp, family members were invited to attend a STEM fair where the students showed what they had learned during the week.

"We hope that these experiences will inspire girls to consider pursuing careers in science and engineering in the future," Frels said. 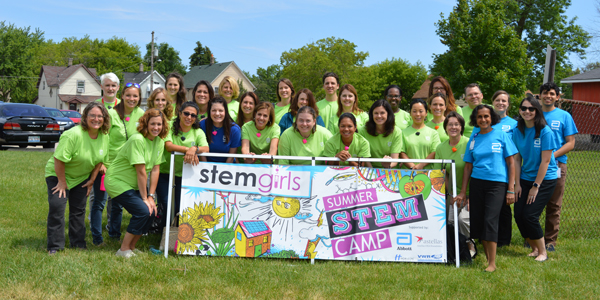 For more examples of Abbott's STEM education work, see this video of Abbott's female scientists sharing insights with girls on STEM, and this story highlighting Abbott's STEM programs to inspire the next generation.