Thanks to their CardioMEMS devices, Lewis and Amy Brooks get to celebrate another healthy year with their grandkids.

People living with heart failure deal with major disruptions to the quality of their lives. In order to allow more time with loved ones, doctors have to be proactive in managing their patients' hearts.

Luckily, for 75-year-old Lewis Brooks and his 61-year-old wife, Amy, their doctors could take charge of their care, thanks to the CardioMEMSTMHF System, an implantable pulmonary artery pressure sensor — which acts as a neighborhood watch for your heart.

By keeping constant watch on their cardiac health, Lewis and Amy's doctors are able to adjust their medications in real time to keep them healthy and happy — and around to chase their grandkids.

This Grandparents Day, we celebrate Lewis and Amy — and the technology that has improved the quality of their lives. 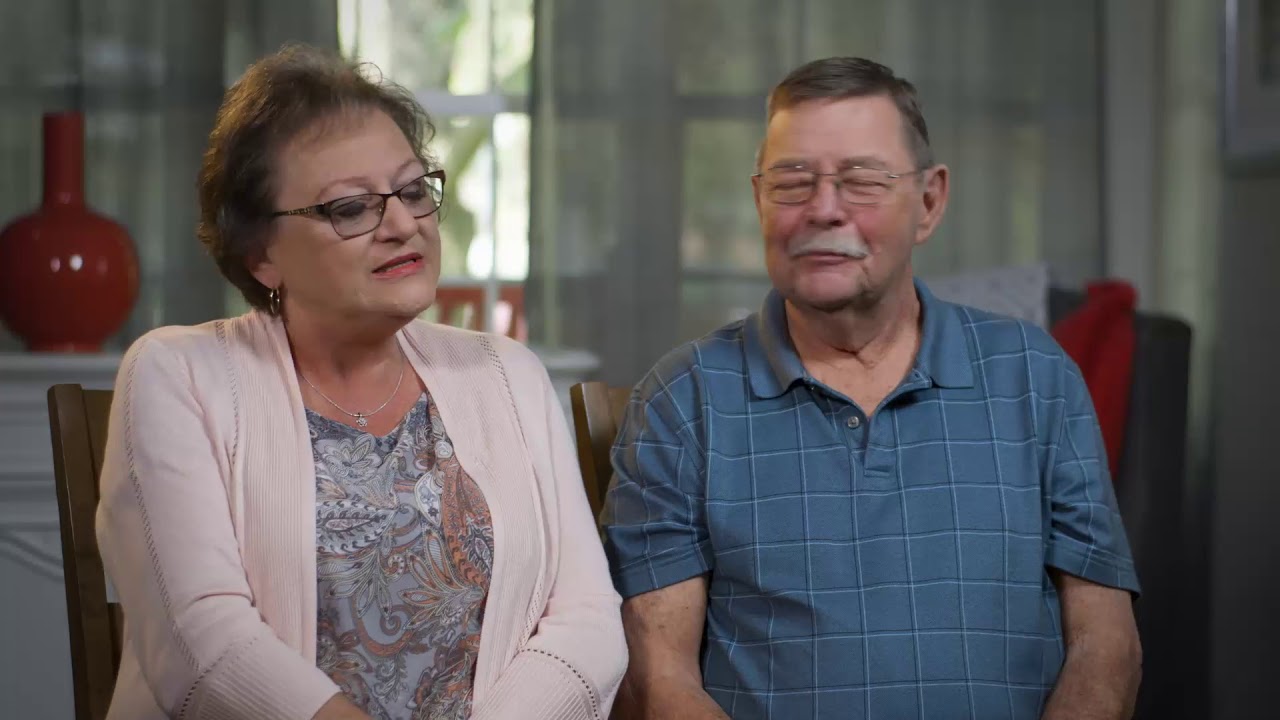 A barber for 50 years, Lewis stood on his feet all day — until he couldn't. He was 70-years-old, and his symptoms came hard and fast. At one point, he couldn't walk from the living room to the kitchen without stopping for breath.

"I was just feeling horrible," he said. "A lot of things that I really enjoyed doing had stopped."

About two years ago, Lewis was diagnosed with congestive heart failure. He was hospitalized three times; the third time he went in, his kidneys were failing. Things were looking grim, but then his cardiologist had an idea.

"He said, 'I have this new device. It's called CardioMEMS," Amy said. "The doctor explained how CardioMEMS could monitor Lewis's heart activity remotely, and before his symptoms reappeared.

"We looked at each other and said, 'What is there to think about?' It was a no-brainer."

In May 2016, Lewis had the procedure to implant the CardioMEMS device. Since then, he lays on a special pillow once a day to sync up the data for his doctors to read and adjust his heart failure medications before he starts feeling the symptoms.

Almost immediately, things looked up. Lewis hasn't been hospitalized since and he's been able to get back to golf, fishing and life.

Six months later, Amy learned that like her husband, she, too, had congestive heart failure.

"One day, at my cardiologist appointment, my doctor looked at me and said, 'Well, don't you think it's time for CardioMEMS for you, too?'" Amy said. "And we just went forward from there."

In December 2017, about a year and a half after her husband's surgery, Amy had her own CardioMEMS device implanted — with similar results. Now that they both have the device, they are back to living fuller lives.

"It has changed our lives, separately and tremendously," Amy said.

The burden of congestive heart failure robbed Lewis and Amy of their quality of life. But their CardioMEMS devices have given it back, and they're living their lives to the fullest.

Everywhere they go, their CardioMEMS devices go with them, like a sidekick on the lookout.

"It has kept me out of the hospital and kept me going," Lewis said. "I'm back out there playing golf and enjoying the heck out of it … and hope to be doing this for the next 20 years."

"Before we were implanted, we'd just sit at home and look at each other, saying, 'Oh, do we have to get up and go do that?' Now, we both have more energy. We actually go out and do things. We'll be in the living room at night and say, 'Hmm, let's go do something fun. And then we'll be up and gone."

A big part of that, on this Grandparents Day (and all days, for that matter), is spending time with their grandchildren.

"I could watch them eight days a week if I wanted," Amy joked.

Earlier this month, they drove to California to see Lewis's grandson get married — and then came back to Missouri before going on another trip to Nashville, Tennessee after that.

Their CardioMEMS devices don't get in the way of their fun. It takes just a few seconds out of their day to send data from the device to their doctors.

"We each have our own pillow," Amy said. "When we get up in the morning, we go to the restroom, get weighed and then turn on our CardioMEMS machine and take our blood pressure. Then, we lay on the pillow for maybe 15 seconds, and that's all."

Usually, everything's good — but occasionally, one of them will get a call from their doctor concerned about that morning's numbers. In that case, their doctor may instruct them to increase their dose temporarily to protect Lewis or Amy's heart before something happens.

"One night we had a B.L.T. sandwich," Lewis said. "The next morning, they called me and said, 'What in the world have you done?' It works very rapidly, and gives a pretty good sign of what you're doing, whether you're being good or bad."

After the B.L.T. incident, Lewis had to take extra pills to get back on track. At his cardiologist appointment a few days later, he joked with the team: "Don't expect it to be your last call, because I love B.L.Ts."

The CardioMEMSTM HF System is indicated for wirelessly measuring and monitoring pulmonary artery (PA) pressure and heart rate in New York Heart Association (NYHA) Class III heart failure patients who have been hospitalized for heart failure in the previous year. The hemodynamic data are used by physicians for heart failure management and with the goal of reducing heart failure hospitalizations.

The CardioMEMS HF System is contraindicated for patients with an inability to take dual antiplatelet or anticoagulants for one month post implant.

Prior to using these devices, please review the Instructions for Use for a complete listing of indications, contraindications, warnings, precautions, potential adverse events and directions for use.